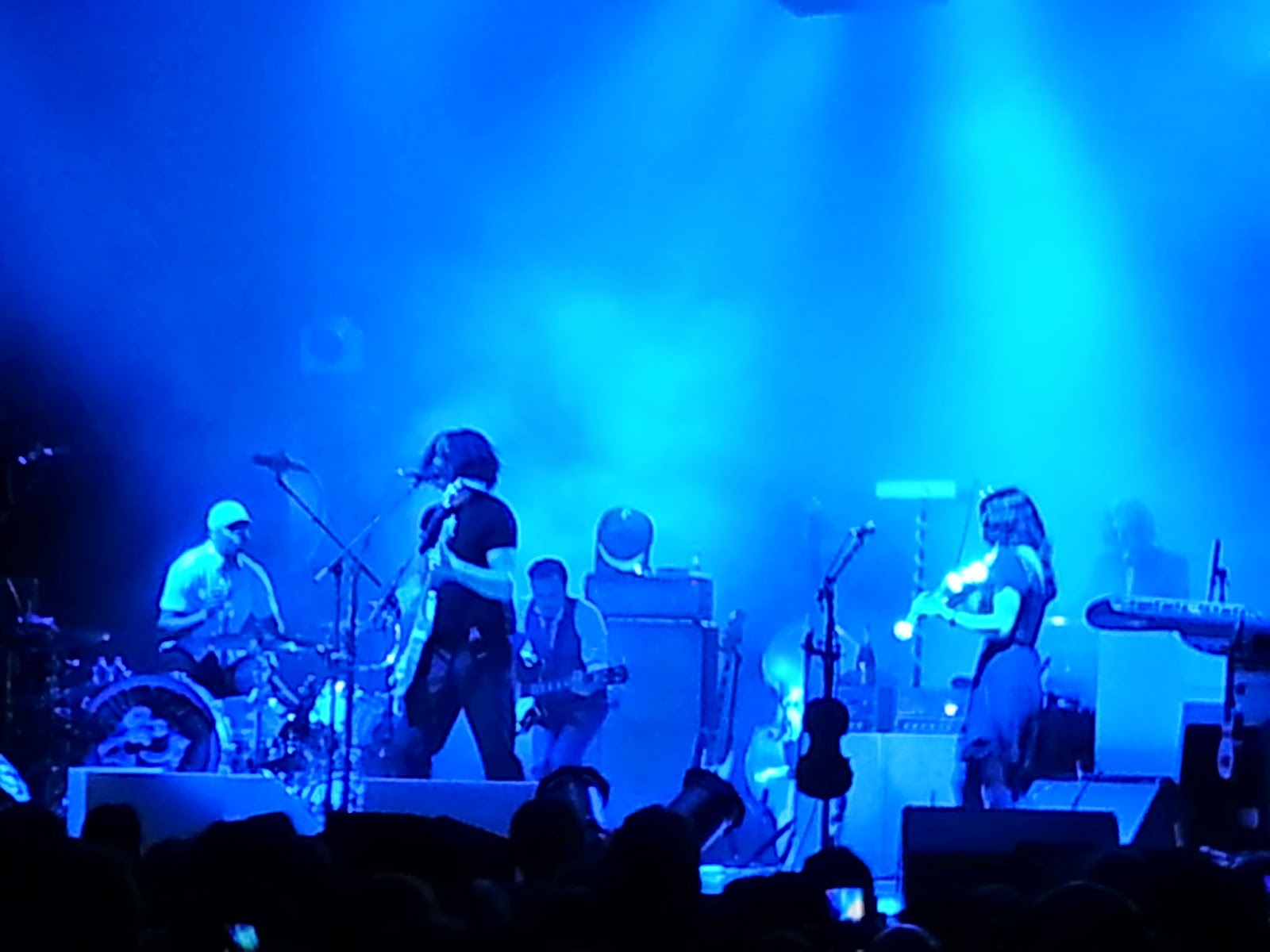 The We've Been There Before Jack White Summer Series rolled into Pittsburgh last night.  Having seen him twice in the last month and a half (Bonnaroo and Forecastle), I thought I had experienced everything new that a Jack White concert could offer.  Turns out I was wrong and this time it wasn't because White was the innovative force.  In fact, it was Mother Nature and traffic that threw us for a loop.

We got into Pittsburgh around 7pm as doors were opening and an exhibition soccer match between AC Milan and Manchester City was letting out at Heinz Field next door to the venue.  A crappy combination as hoards of people were both entering and exiting the same area.  It didn't help that as the doors opened there was a line around the block to get into Stage AE.  Then as I got in, I headed over to the merch tent to pick up a gig poster (which is bad ass) and stood in line for another 20 minutes.  All of that didn't spoil my mood as at least it was a beautiful sunny day in Pittsburgh...for time being.

Benjamin Booker was the opener who I had honestly never seen before, but the dude can rock.  He was killing it until he started doing these weird contortions on stage that made him look a wee bit feminine.  Also, on his last song he brought on three chicks that were a bit below standard for a dude that's opening for Jack White.  Anyway, the dude could play and I'll probably check him out more.

Coming out from behind a massive powder blue curtain, White came on around 9pm to a packed house of rabid fans that had not seen Jack White live in Pittsburgh in quite some time.  He started ferociously as always picking from his insanely deep catalog.  Starting first with 'Fell in Love with a Girl' he drove the crowd crazy.  Continuing without pause, he went into 'Astro' and then 'Cannon', two White Stripes classics.  The crowd acted like they had never seen anything like this before, because they probably hadn't.

White then went into a string of 'Lazaretto' songs, first with the raucous title track.  It kept the pace and blood pumping at Stage AE and jaws were wide open.  They stayed open as he carried the momentum into 'High Ball Stepper' which gave me chills even after seeing it for the third time in a month and a half.

White then kicked into folk-drive and went into 'Just One Drink', followed by 'Hotel Yorba' another 'Stripes' classic.  The next several songs were of the same feel, playing 'Temporary Ground', 'You've Got Her in Your Pocket', 'Alone in my Home', 'Three Women' and 'The Rose with the Broken Neck'.  It was actually surprising as he didn't crank out some harder material for the blue-collar crowd.


He picked up the pace significantly with 'Dead Leaves and the Dirty Ground', 'The Hardest Button to Button' and ending with 'Top Yourself' before the stepping off stage.  An insane string of intense White Stripes and Raconteurs tracks that won the crowd's adrenaline back.

Upon coming back out for the encore, he played one of my favorite 'Stripes songs, 'Blue Orchid' which I had never heard live before.  It is easily one of my favorites now.  As he got deeper into his encore, the lightning started flashing and the rain started coming down a bit steady.  'Missing Pieces' and 'That Black Bat Licorice' came next as the rain started picking up.  White then went into a 'dream' he had the night before that had something to do with the three rivers of Pittsburgh, his pet lamb and Roberto Clemente which was extremely amusing and had the crowd at another level of awe.

By the time he hit 'Ball and Biscuit' into 'Sixteen Saltines', the crowd could care less about the rain because every person had their hands in the air singing every word along with White.  I'm not sure if he meant it to be, but he closed with 'Would You Fight For My Love' as the heavens opened up.  It may have been due to the lightning or the fact that he was going to Detroit the next night, but he abruptly ended the set it felt like. He ended without going into either 'Ickythump' or 'Seven Nation Army' which was a huge surprise.  Surprise or not, it was pouring and everyone ran the hell out of there, but not before chanting the hook to 'Seven Nation Army'.  Jack White always leaves you wanting more.  I can't wait for Detroit on Wednesday. 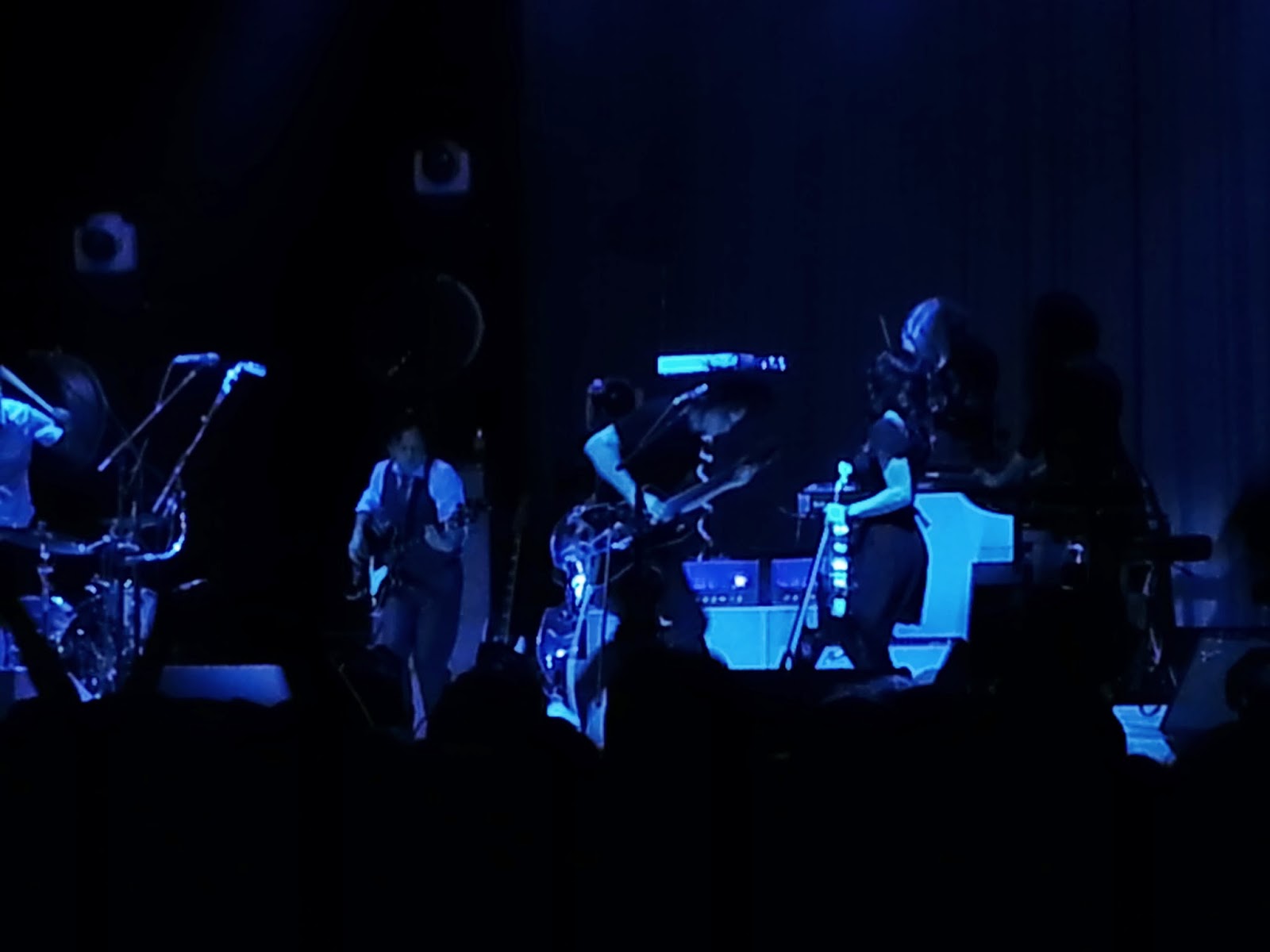 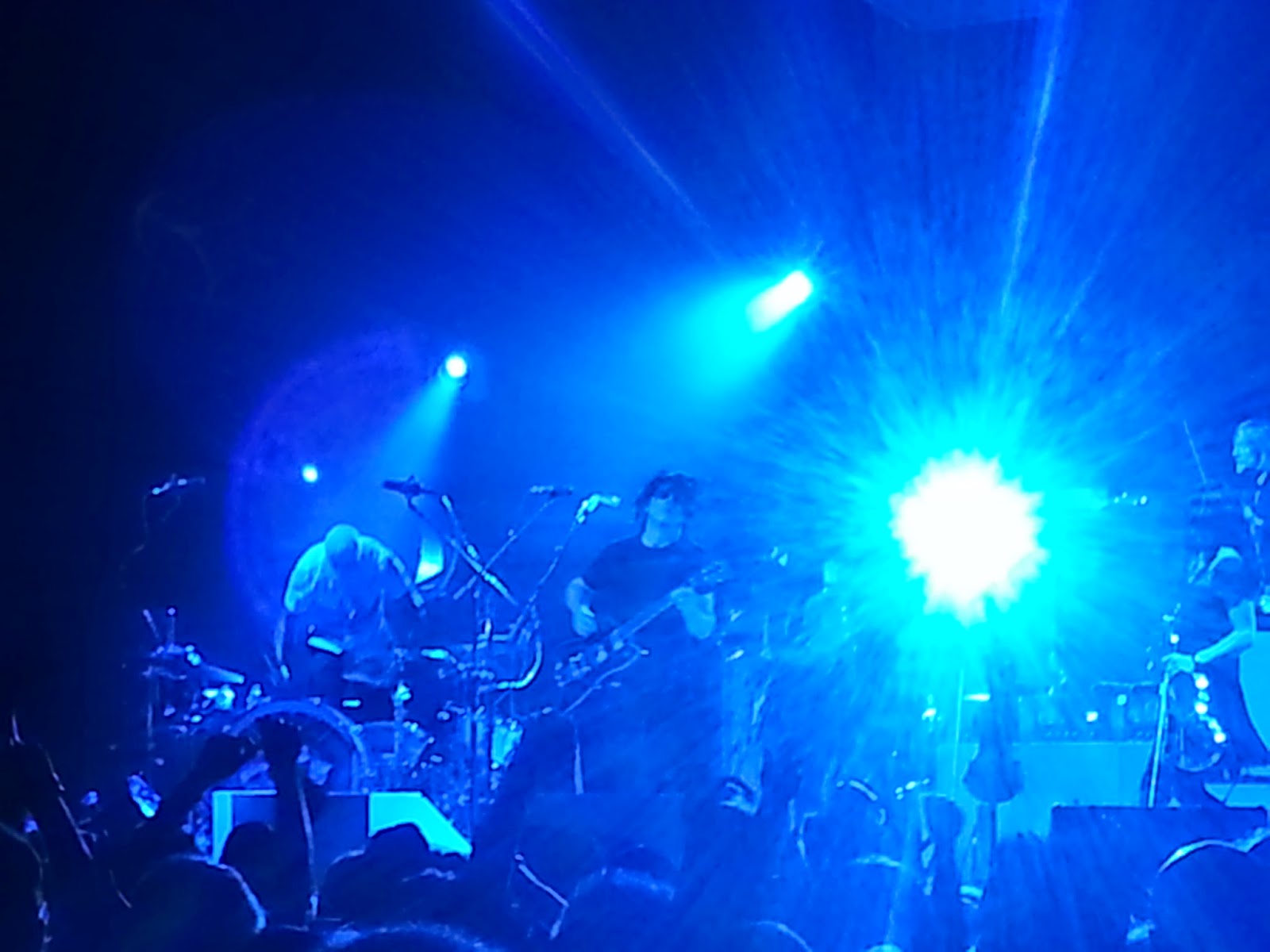 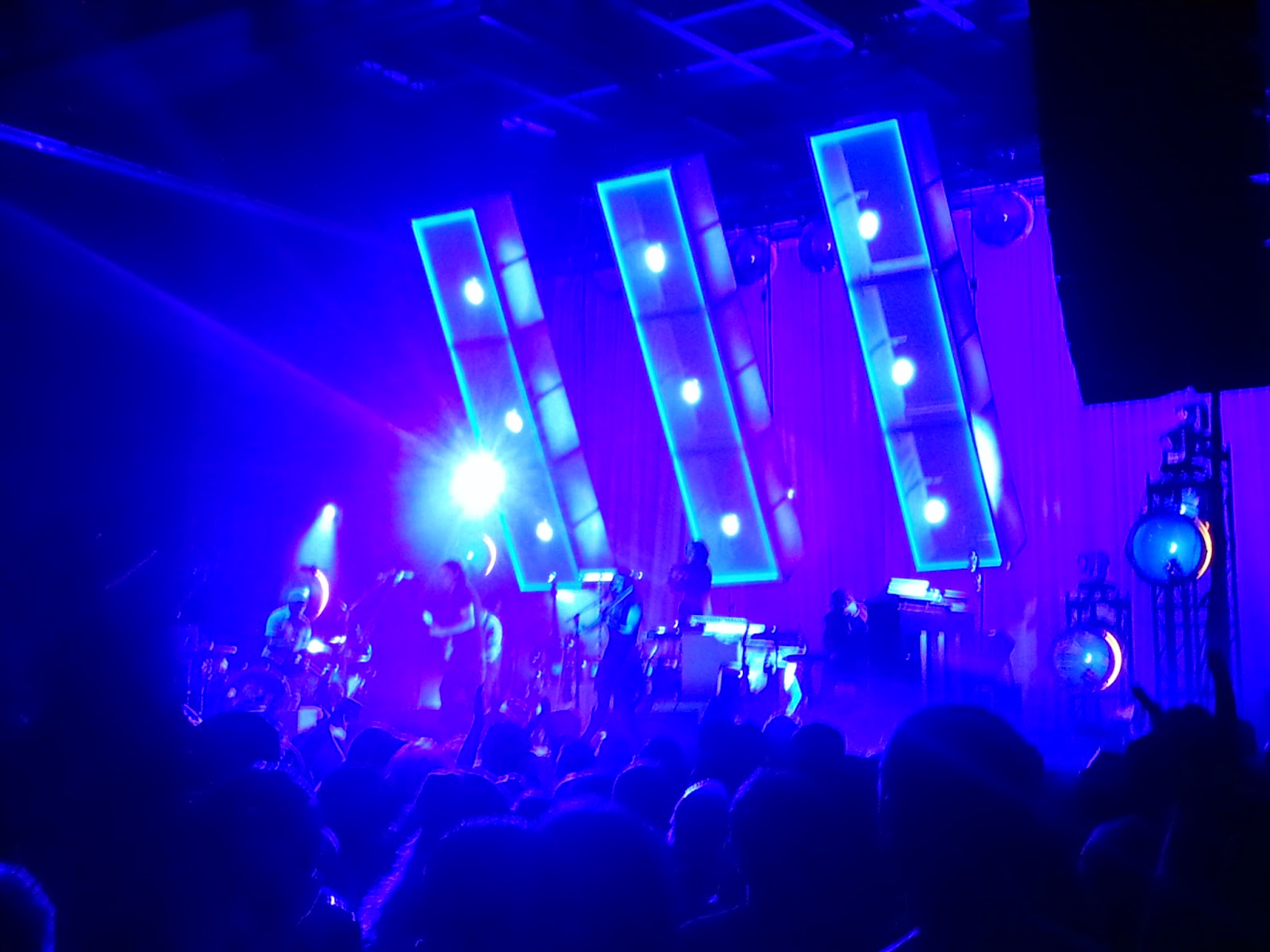 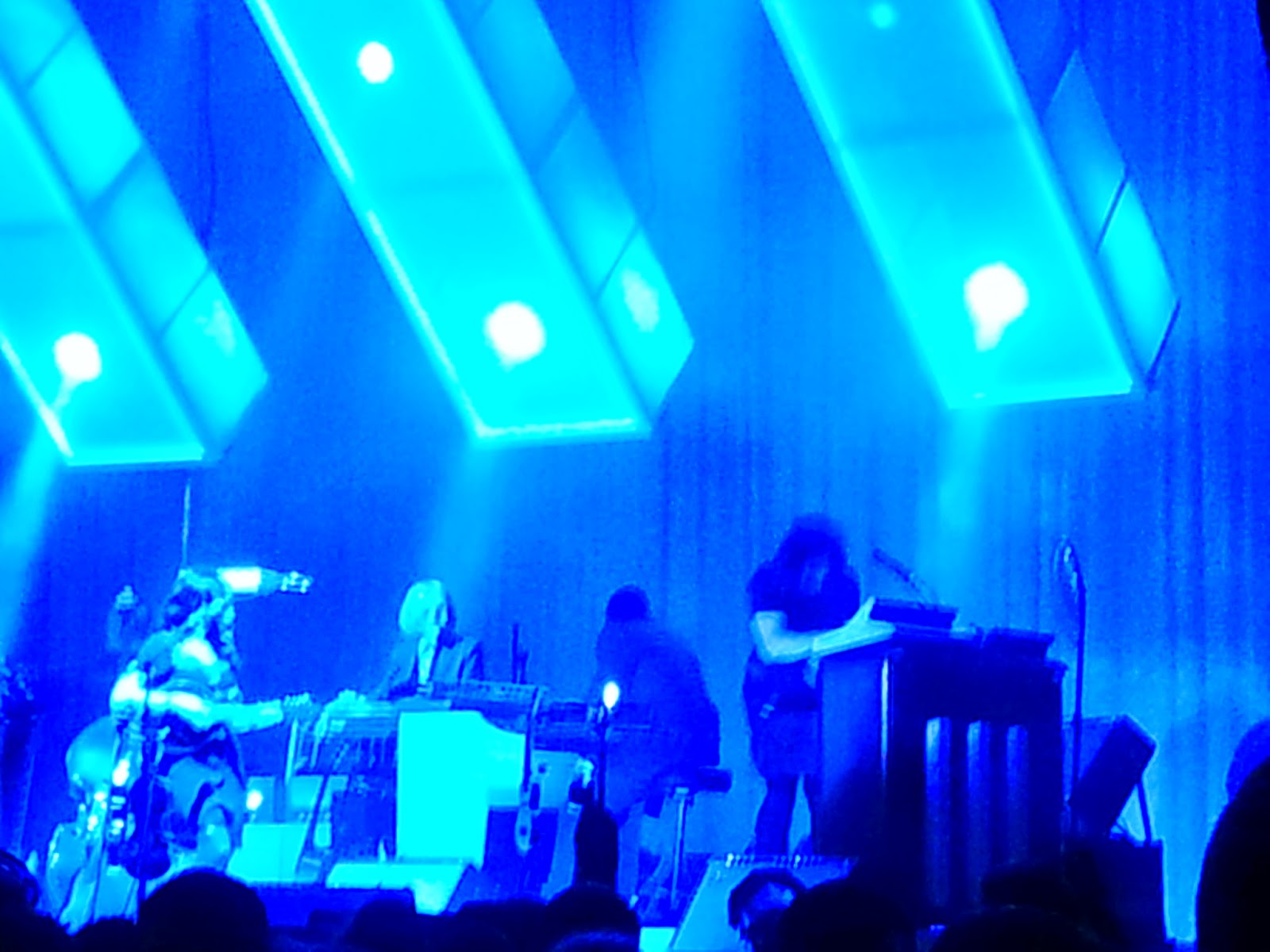 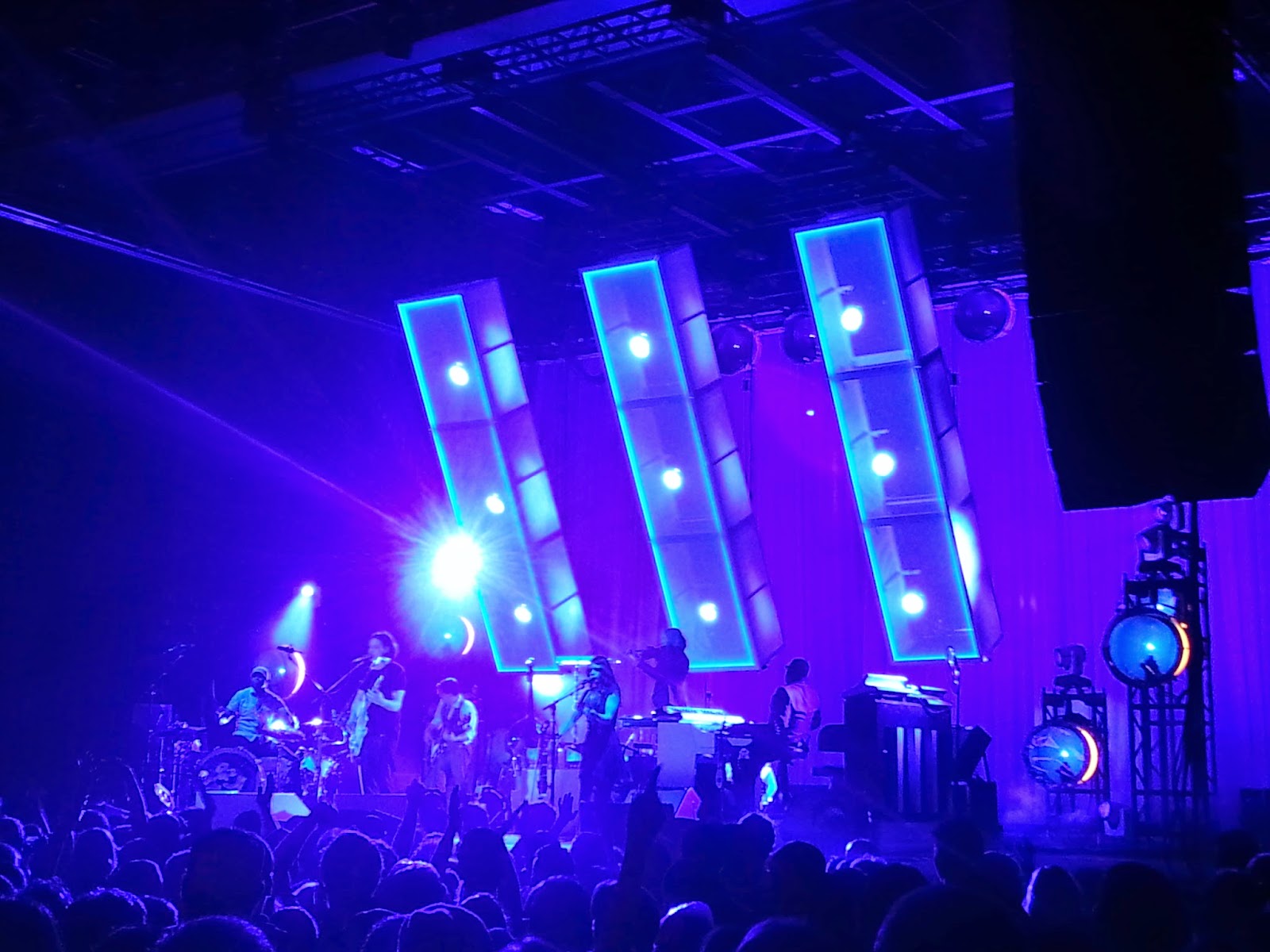 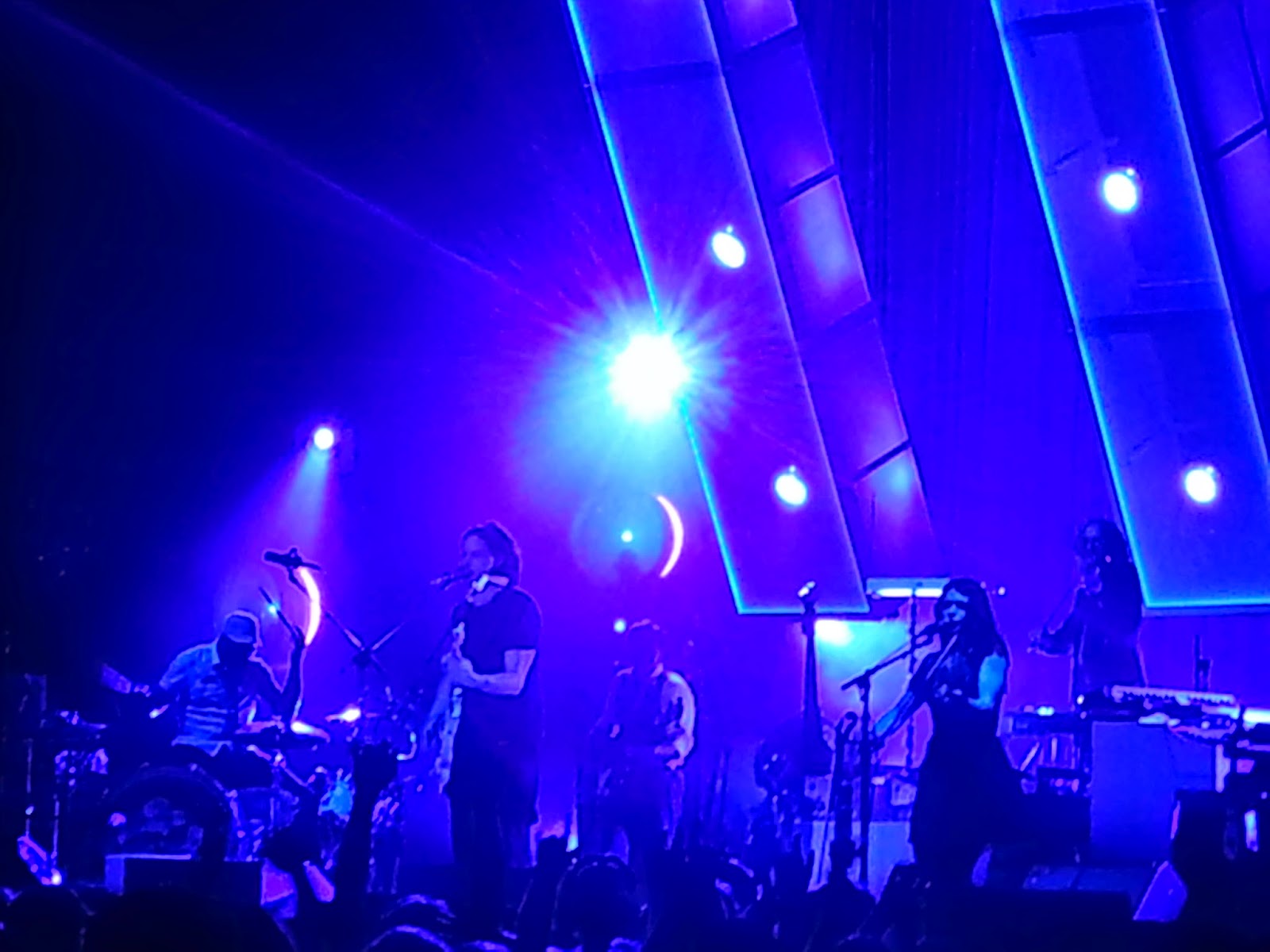 In case you care, I managed to salvage my poster and avoid too much damage due to rain.  It's pretty sweet and is an instant addition to my framed collection, skipping the portfolio book. 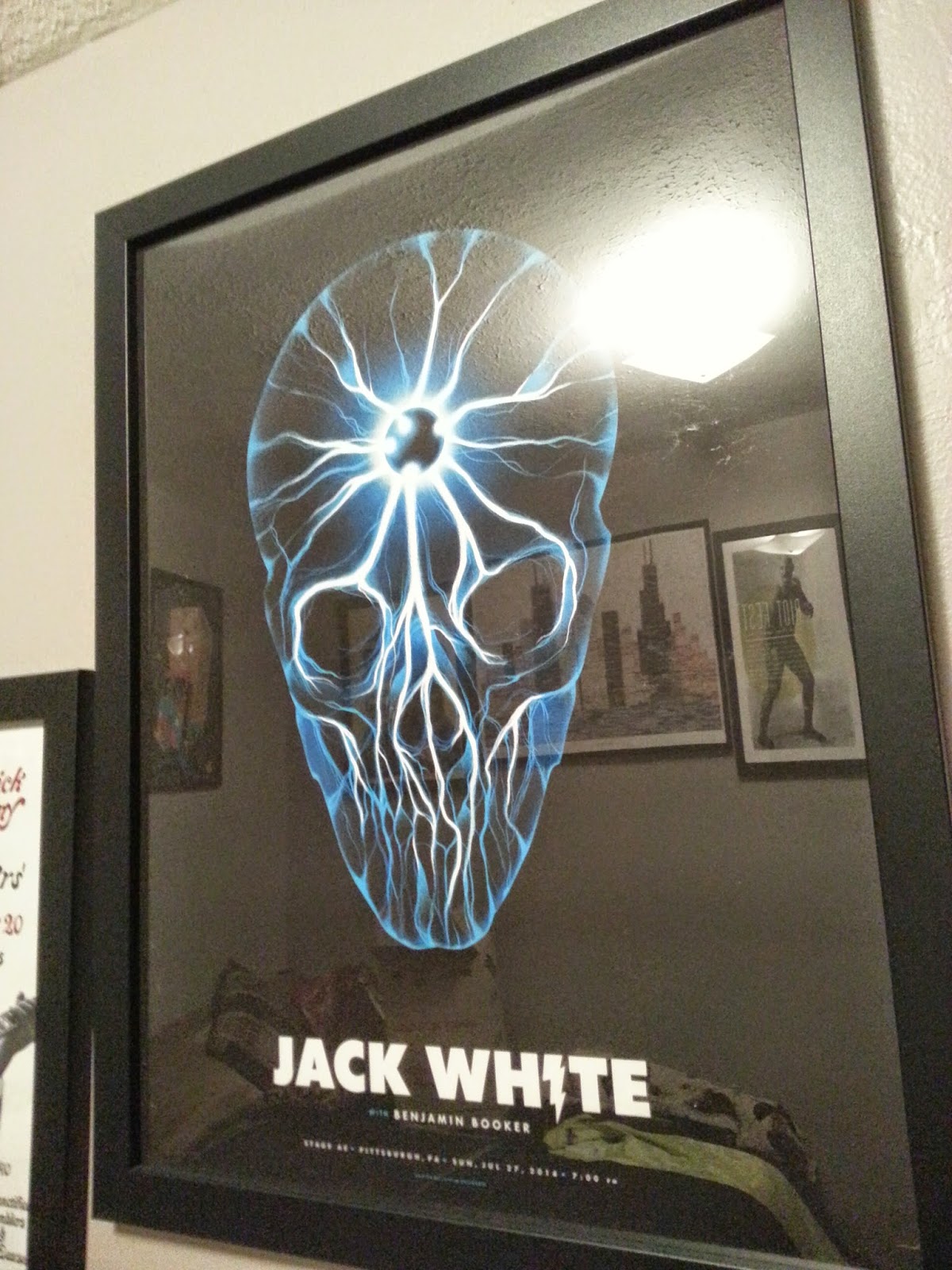