Canadian microbrews are a little flat 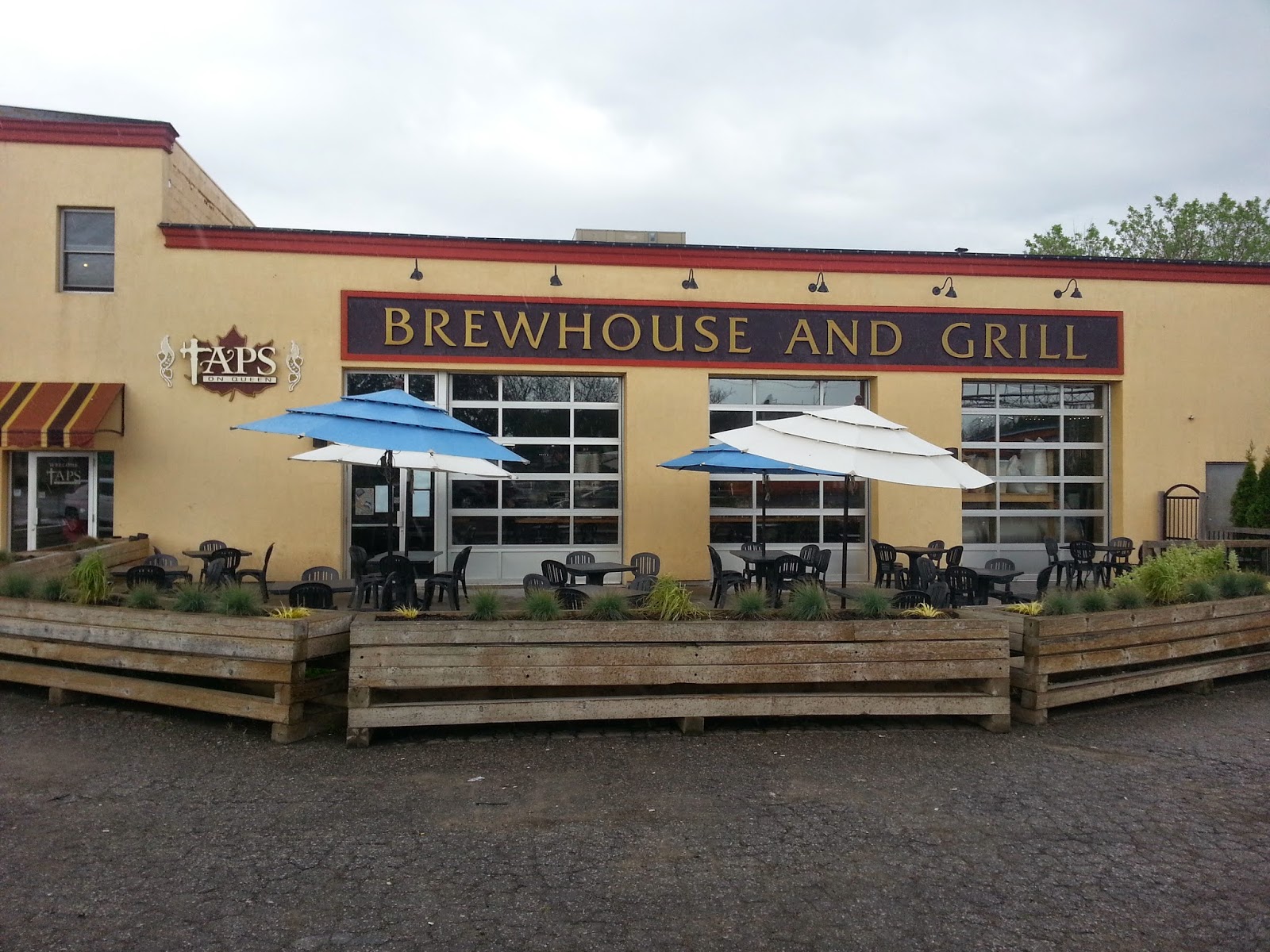 While visiting Niagara Falls a few weekends ago, we decided to drop them off at the casino and seek out a microbrewery.  I never had a Canadian craft beer, but it makes sense that the craft beer craze has hit Canada as hard as it has hit the States.  Luckily, we found Taps on Queen fairly close to the touristy area of Clifton Ave.
Walking in it had the look and feel of an American brewery.  I mean we were right across the border, but still, Canada likes to put their spin on things.  The beer selection was pretty vast having about 10-12 taps to try.  Most of which were brewed in house, with the others coming from other breweries near by.  The bar itself sat right at the front as you walked in, in front of large windowed garage doors that opened to the front patio.  This would definitely be a fantastic spot on a warm summer day.  The back of the bar had a sweet stage set up waiting for a local Canadian cover band to crank out some Bryan Adams.  The back area was filled with tables and booths to accommodate I'd say about 60 patrons, with the kitchen having a large window to look in to.
We took a look at the menu that had a variety of normal 'bar and grill' type selections along with some Canadian-centric food like poutine.  Traditional poutine is french fries served with gravy ladled over them.  They had about six different specialty types of poutine that they served.  I can't remember the name of the kind we got, but it was poutine with pulled pork, bacon, cheese curds and gravy.  Decadent and fantastic.  Probably the most perfect drinking food known to man.
We took a long look at the beers on tap and decided to go with traditional craft brews thinking this brewery would have to have mastered the IPA and Pale Ale in order to have other crafts available.
Sinister Sam's Insane IPA
Style: American IPA
ABV: 6.7%
As I mentioned in my sub-header, the beer was a bit flat.  I'm not sure if this was just the batch made or if they liken their beers to European craft beers I've had in Italy where they just don't have the carbonation down.  It had good floral notes and a ton of hops, but I just couldn't get over the flat taste.  I'd give it a 2 out of 5.
Session Pale Ale
Style: American Pale Ale
ABV: Unknown
This was a bit lighter and still flat.  It was a bit more drinkable considering it was a Pale Ale.  However without enough carbonation, it reminded me of a warm Genessee Cream Ale. 1 out of 5.
Overall, it was a great spot and location, but the beer just wasn't there.  Maybe give it a bit longer for this establishment to master their craft or don't go at all if you're expecting a great craft beer.
Get it. 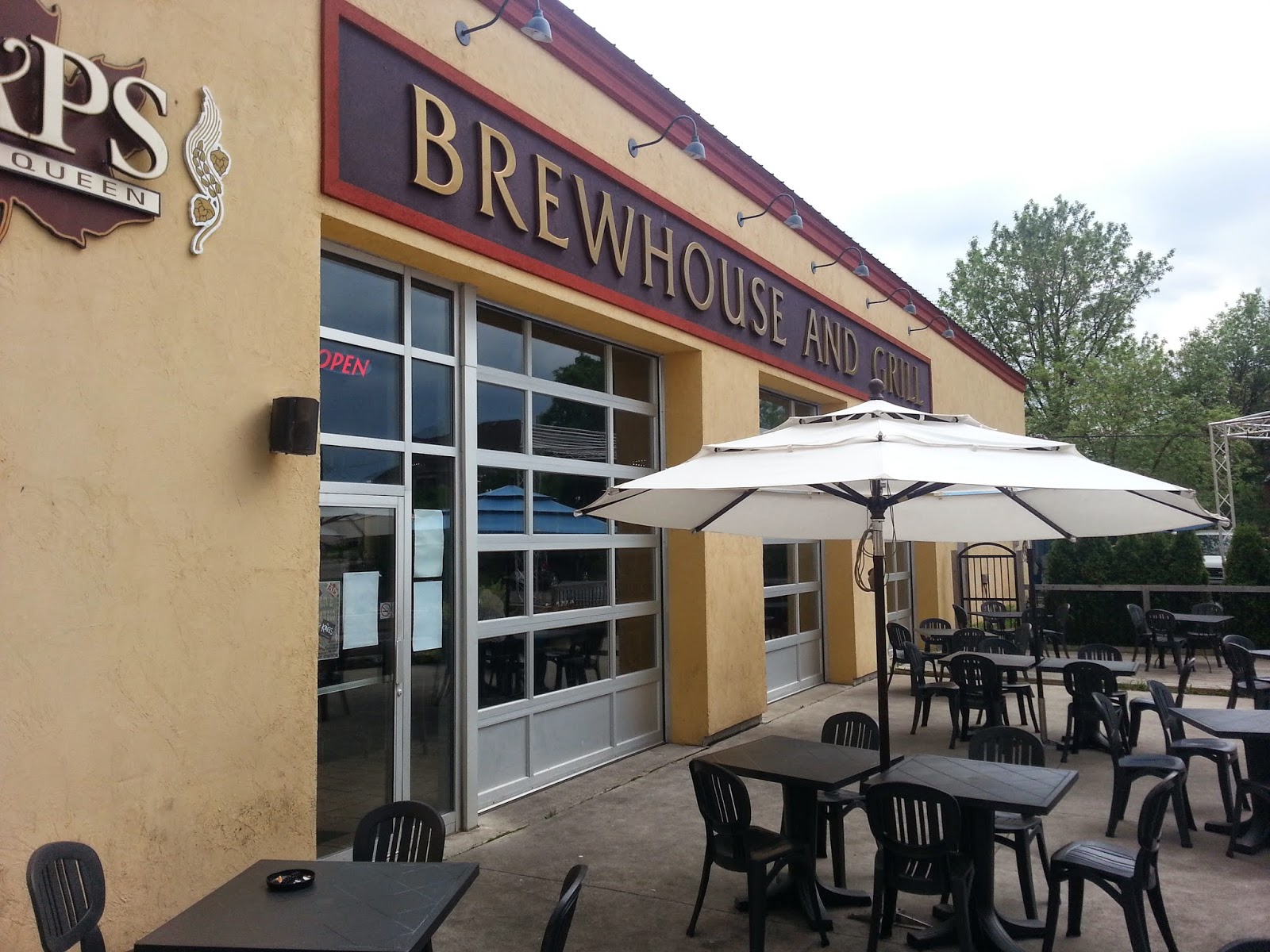 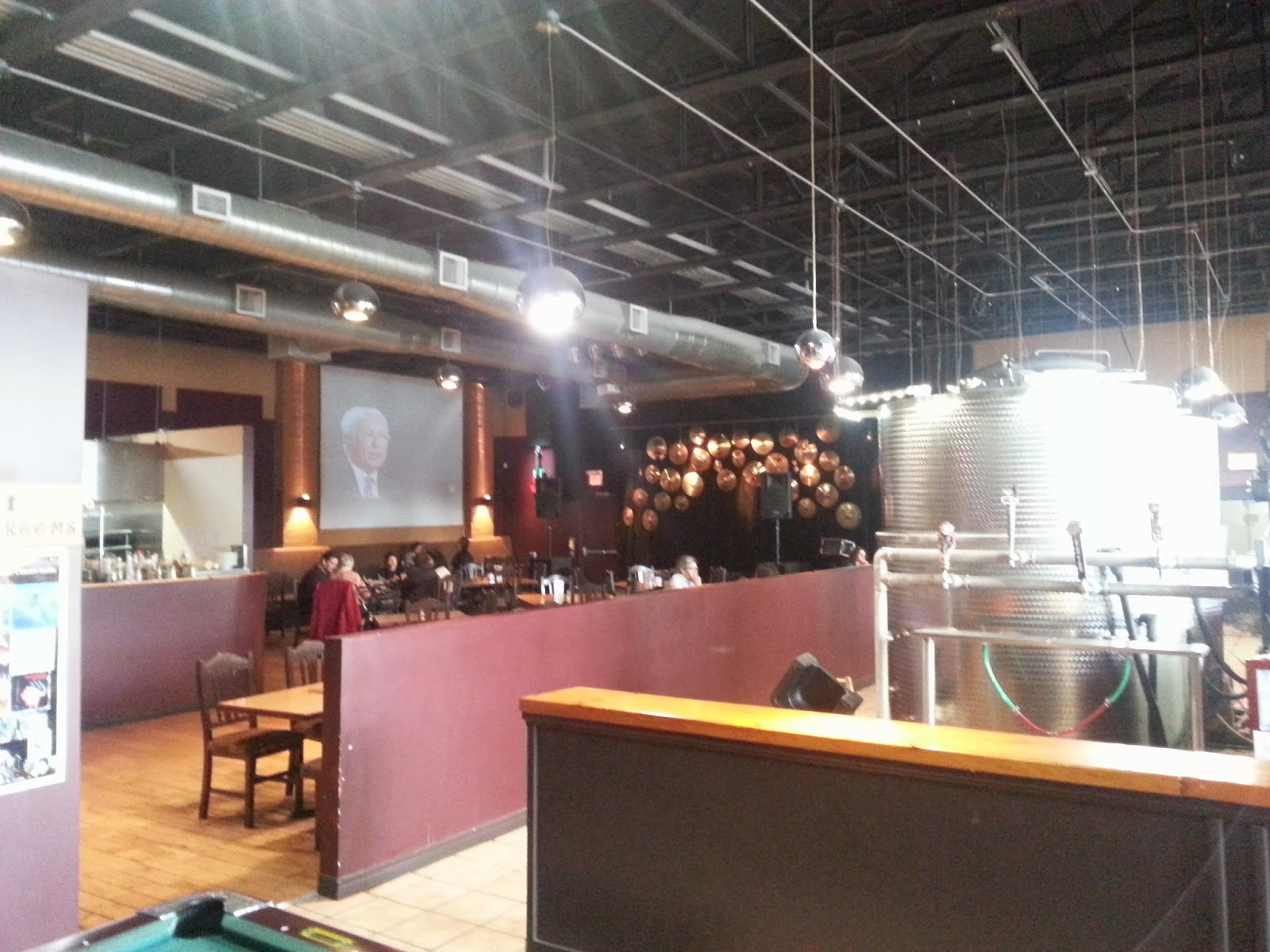 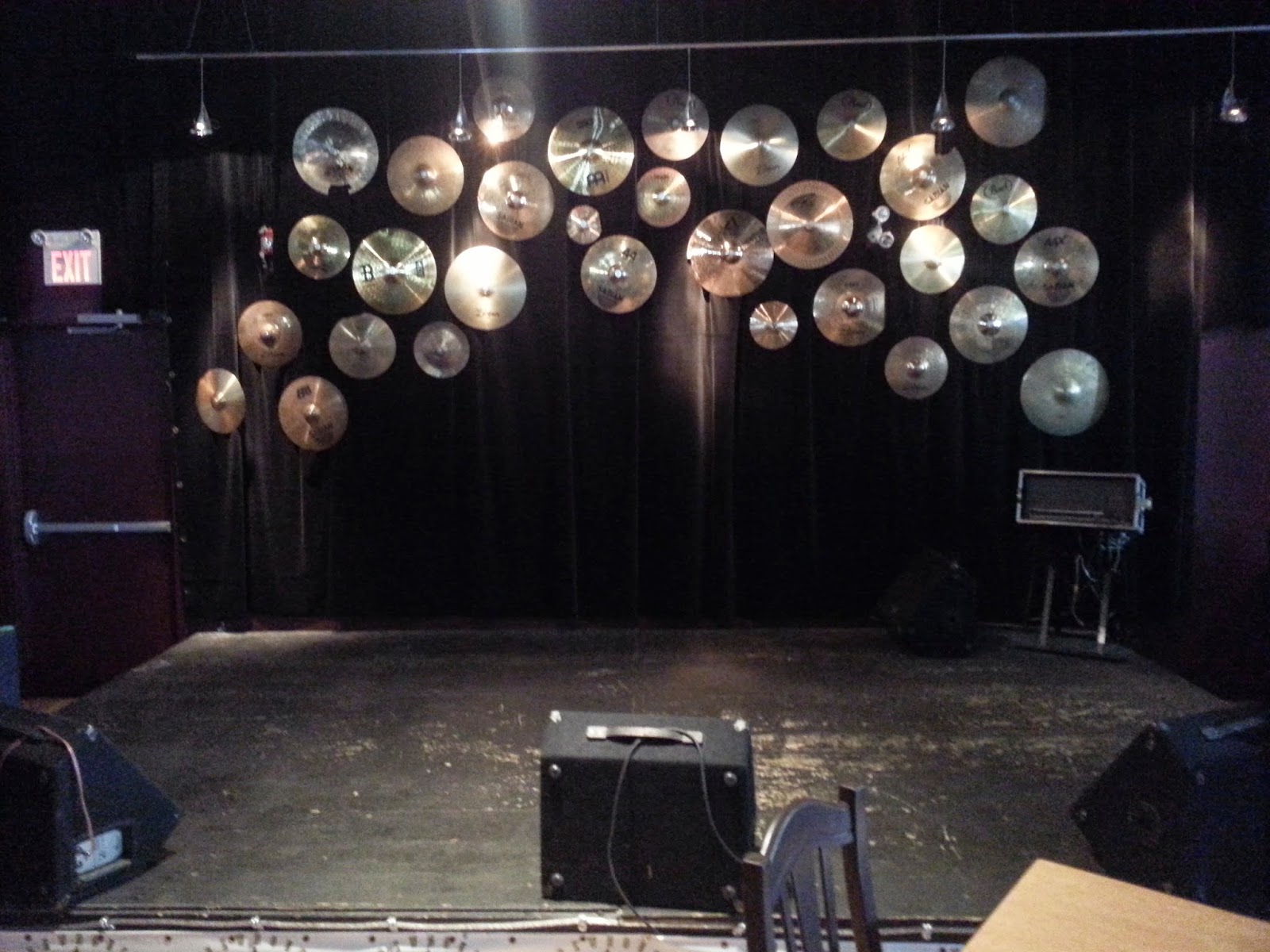 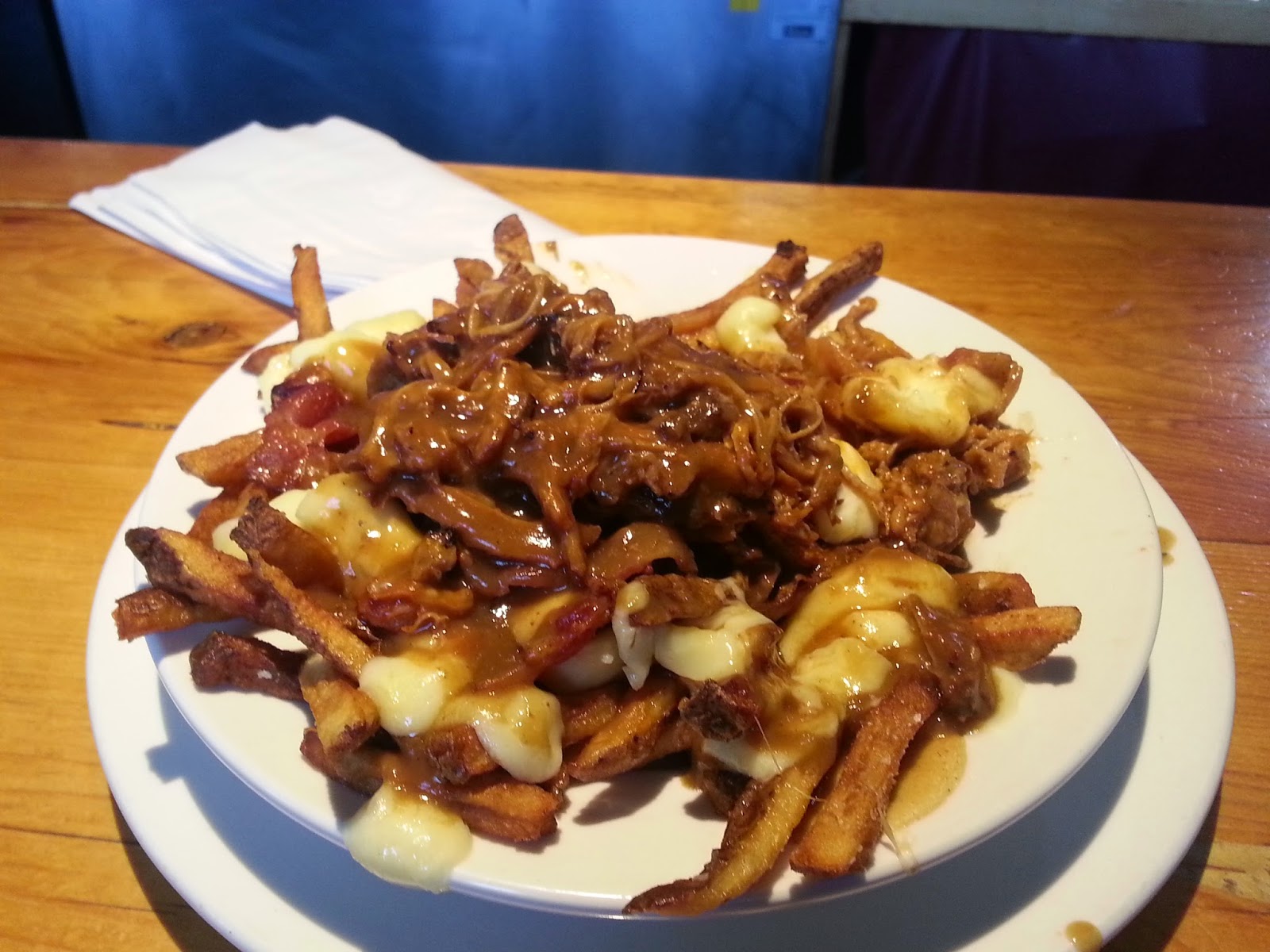 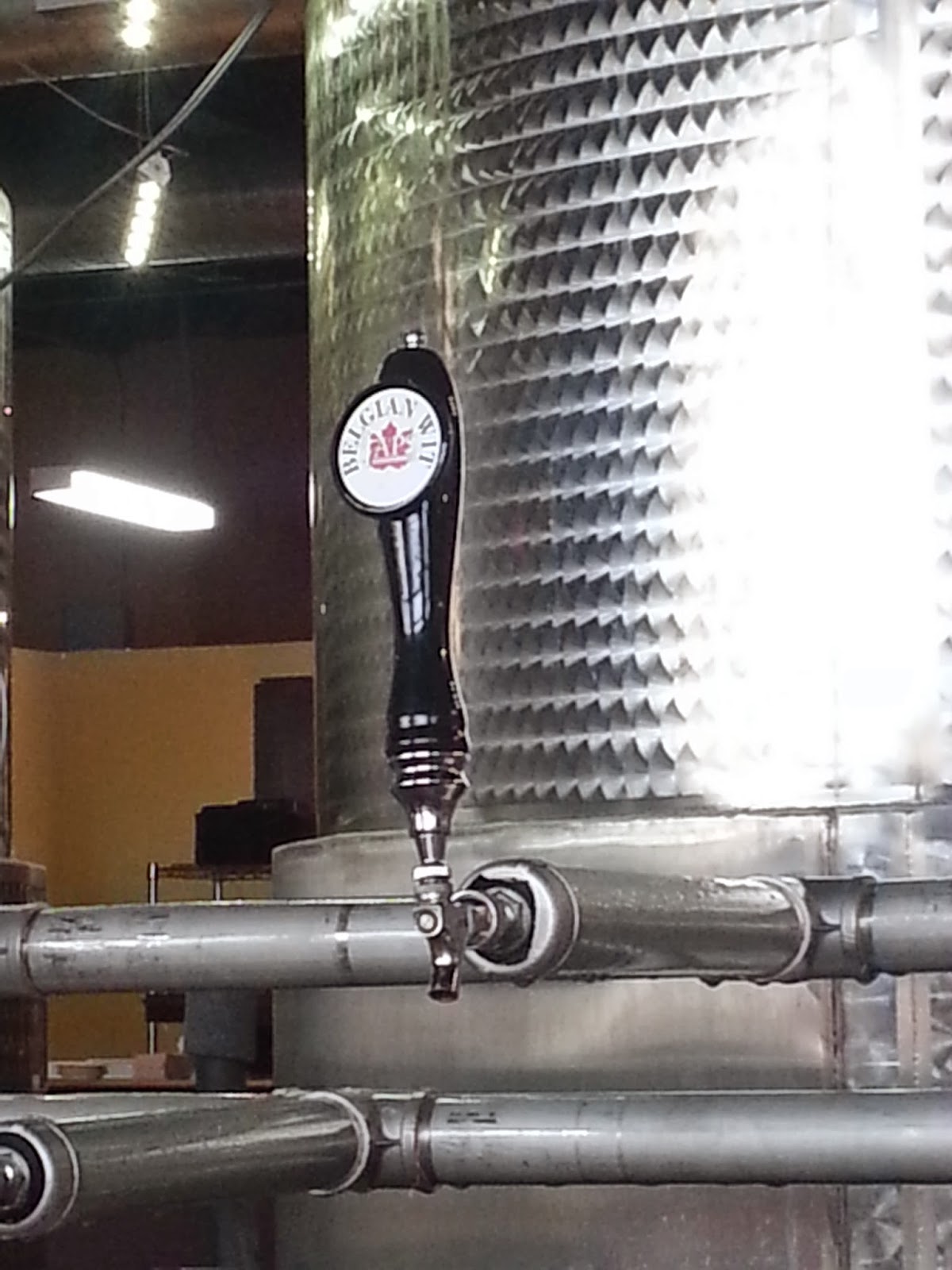 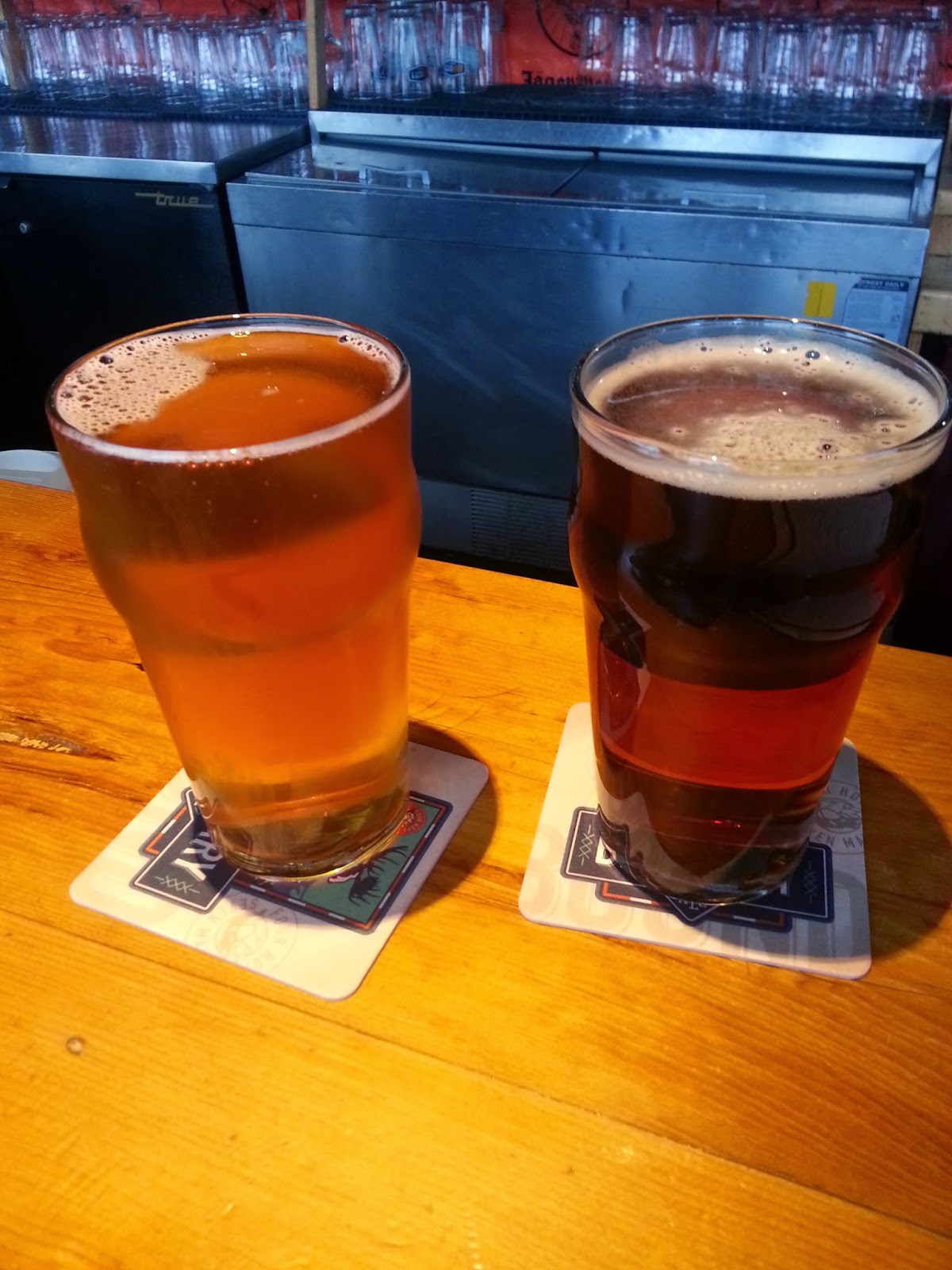 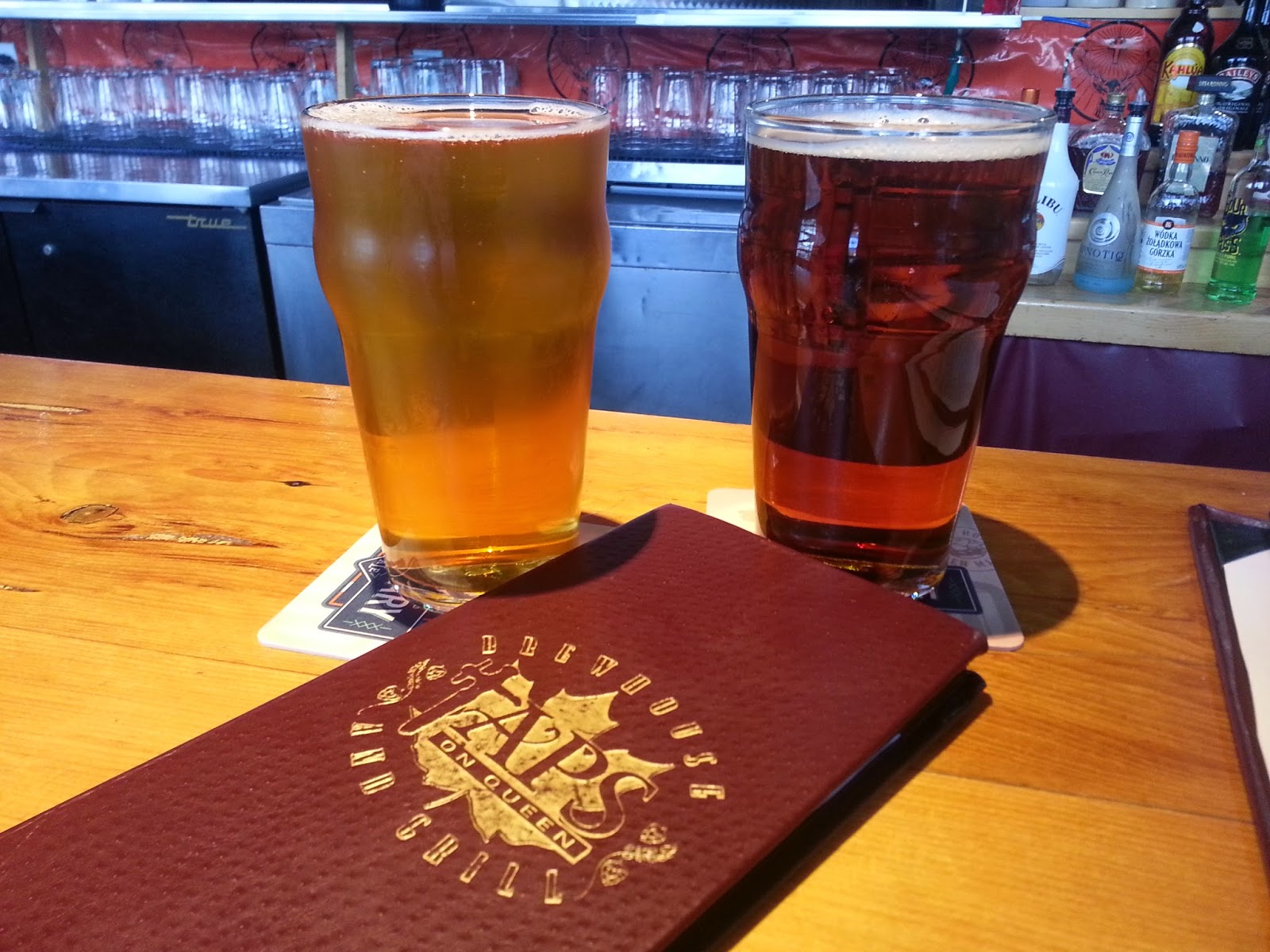 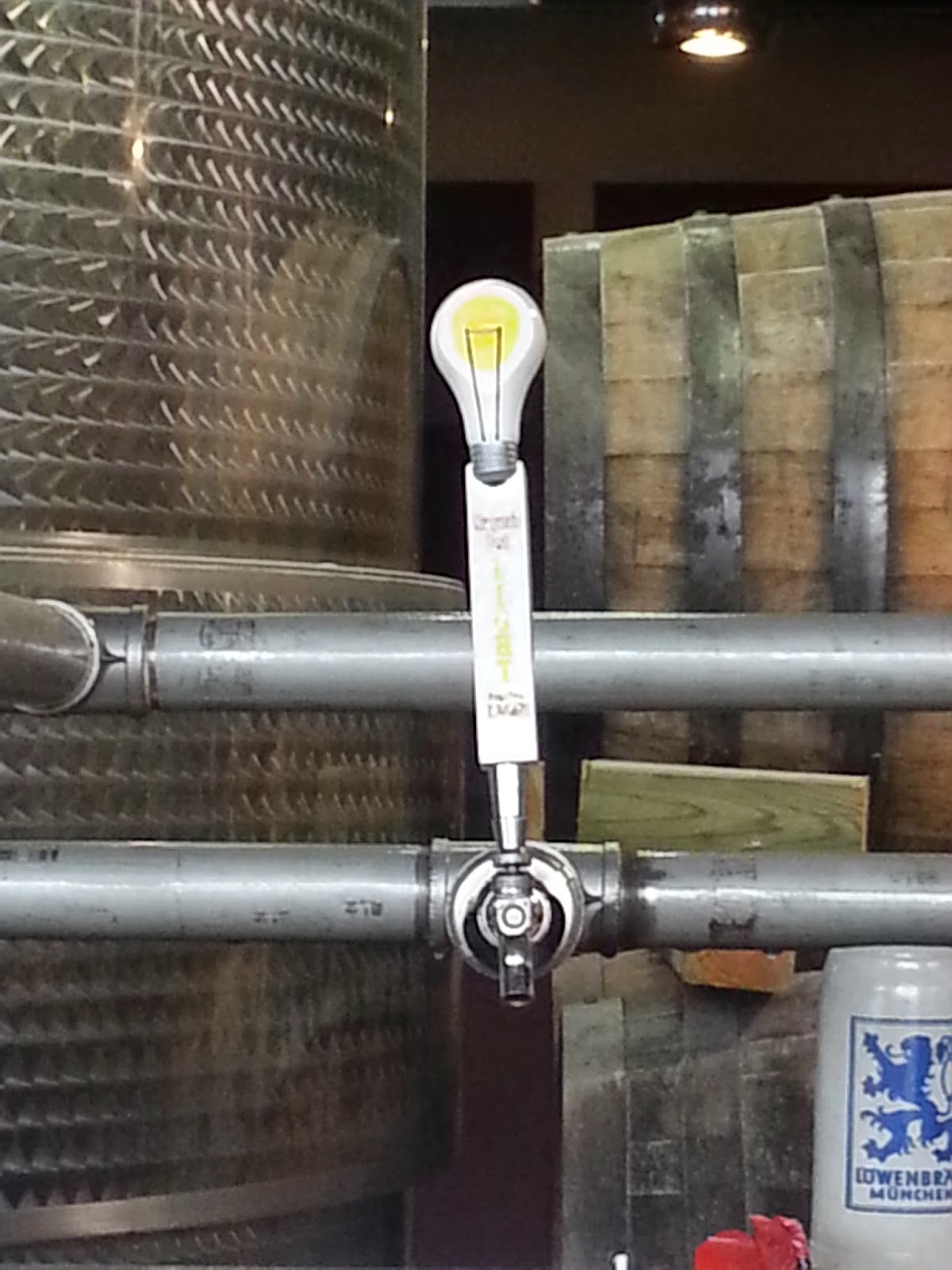 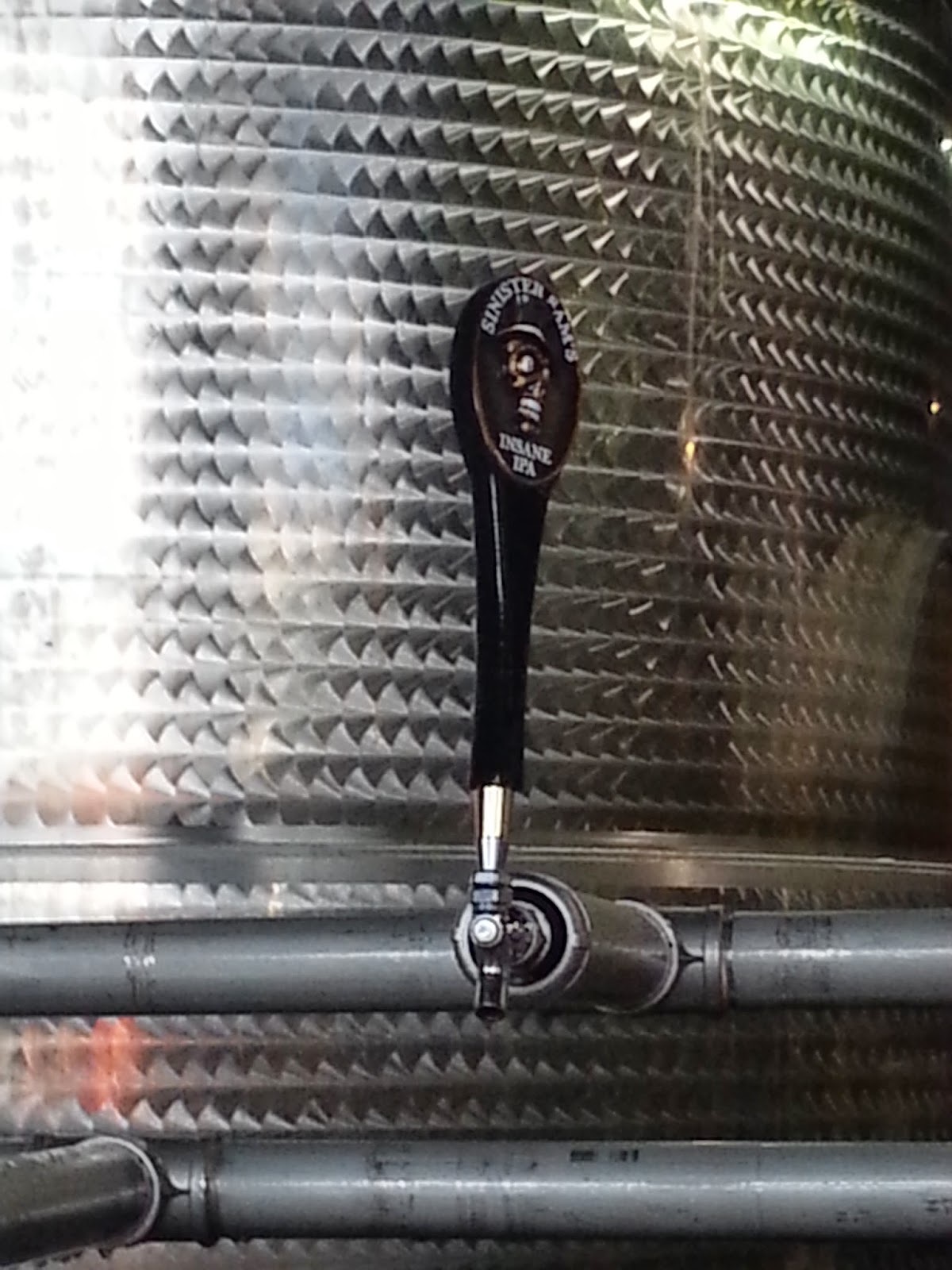 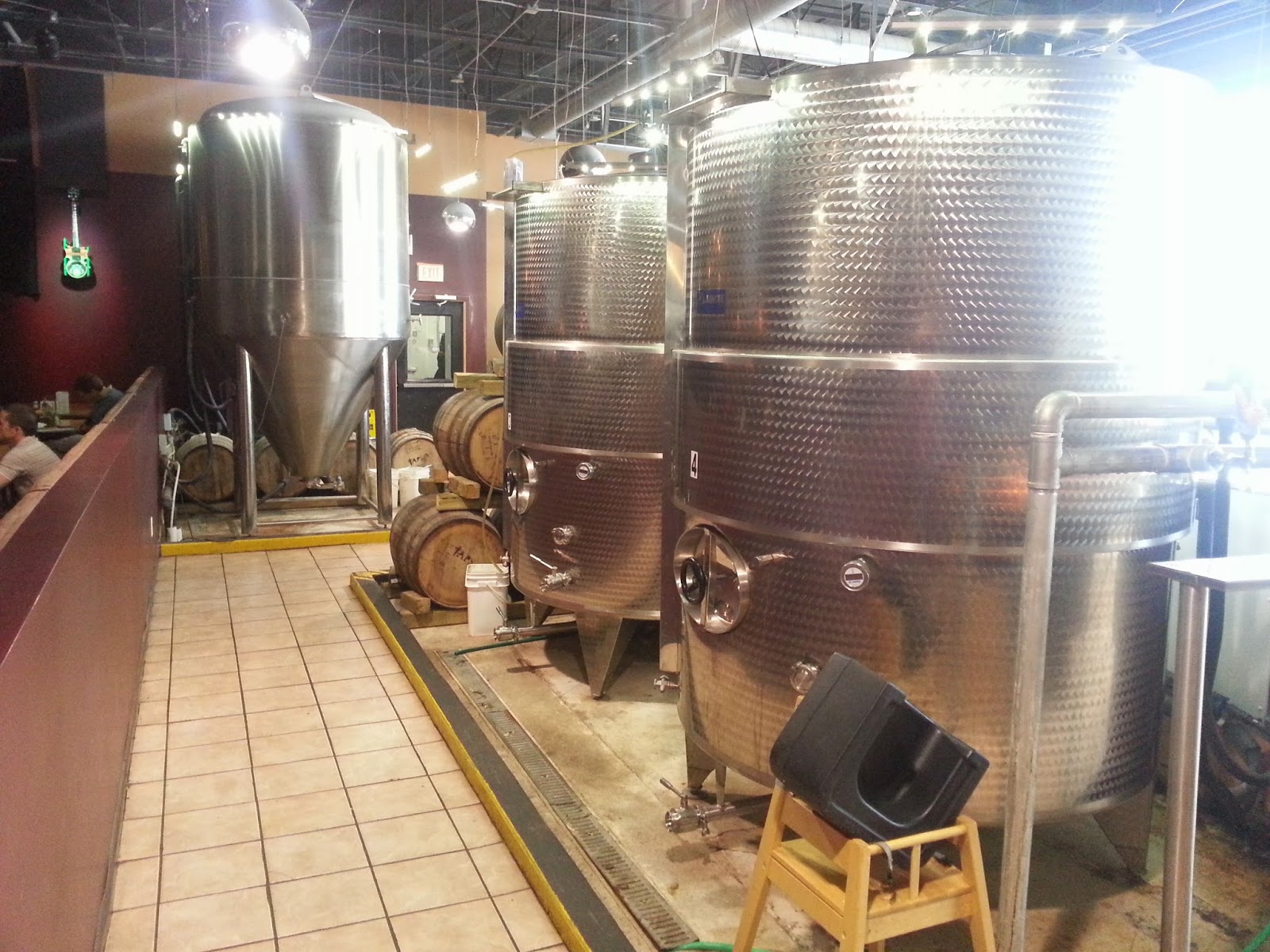 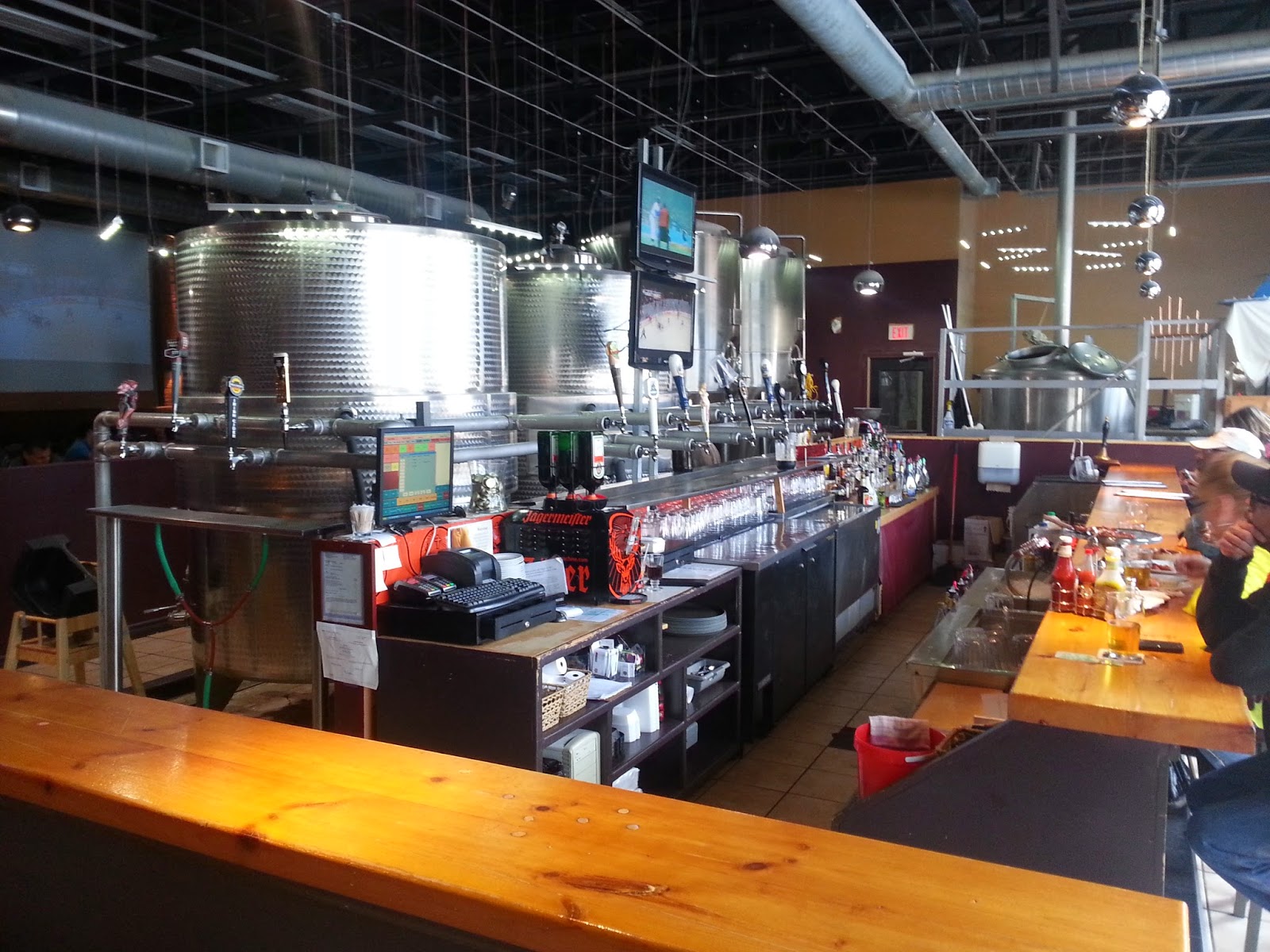 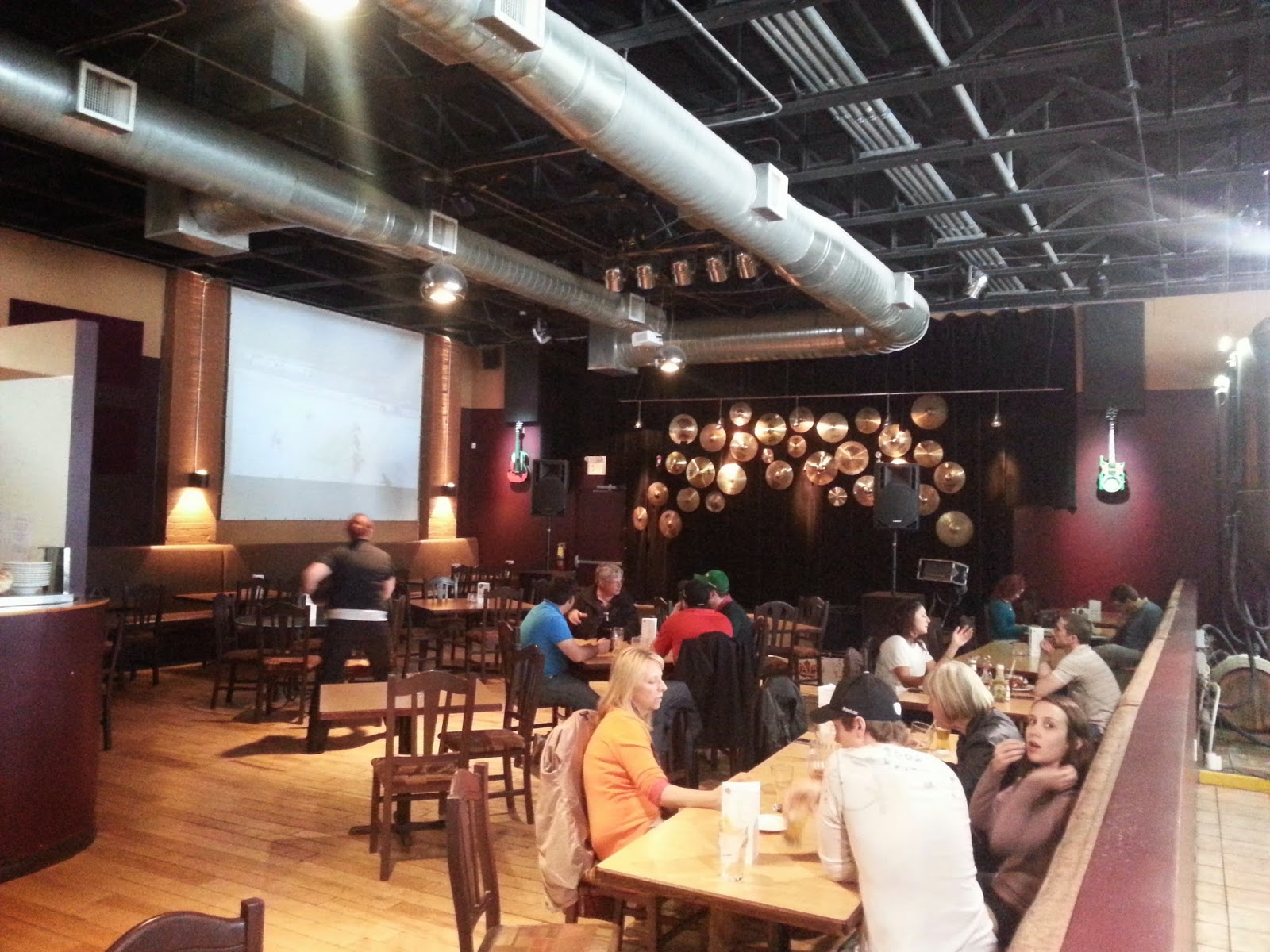 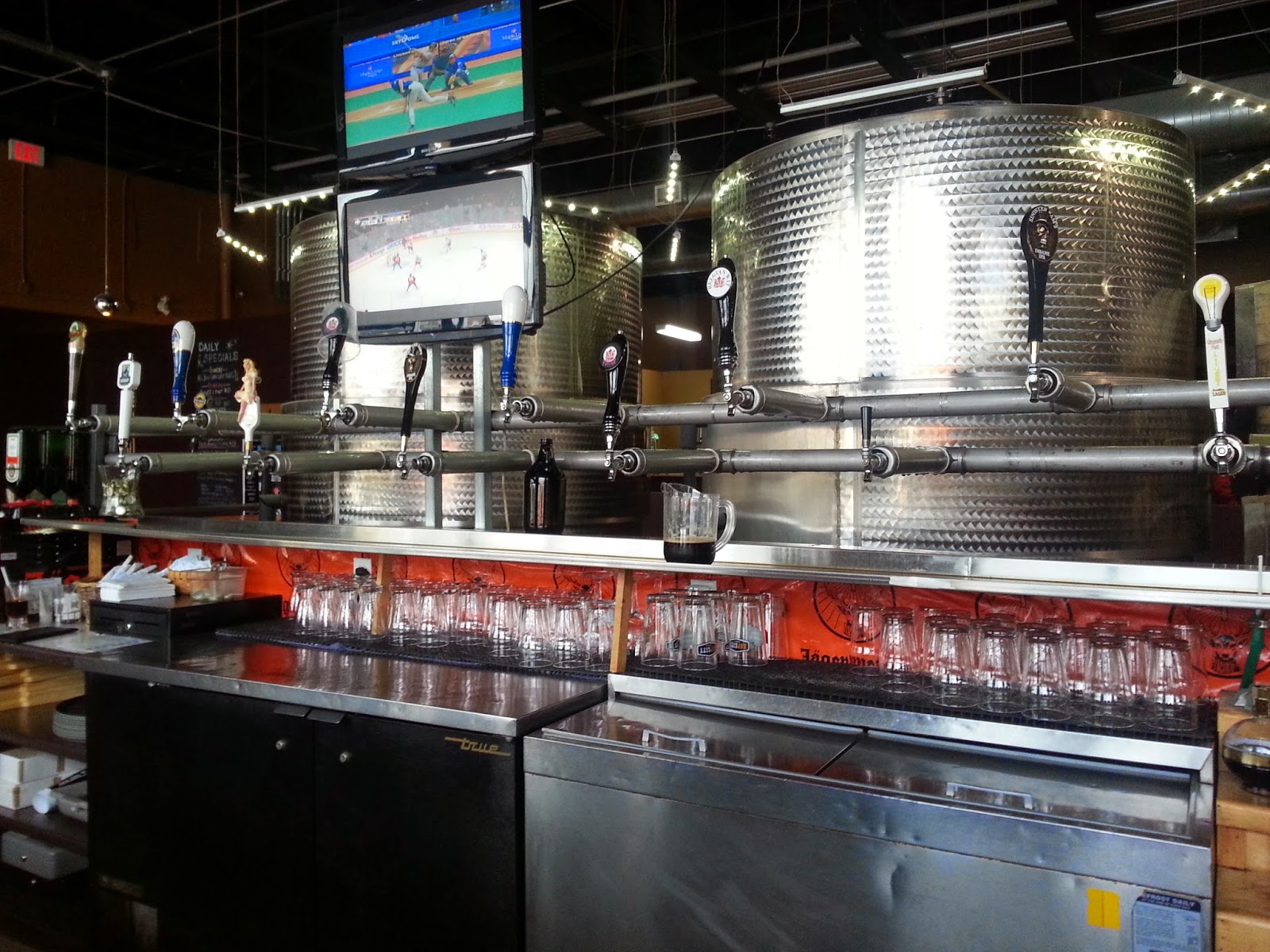