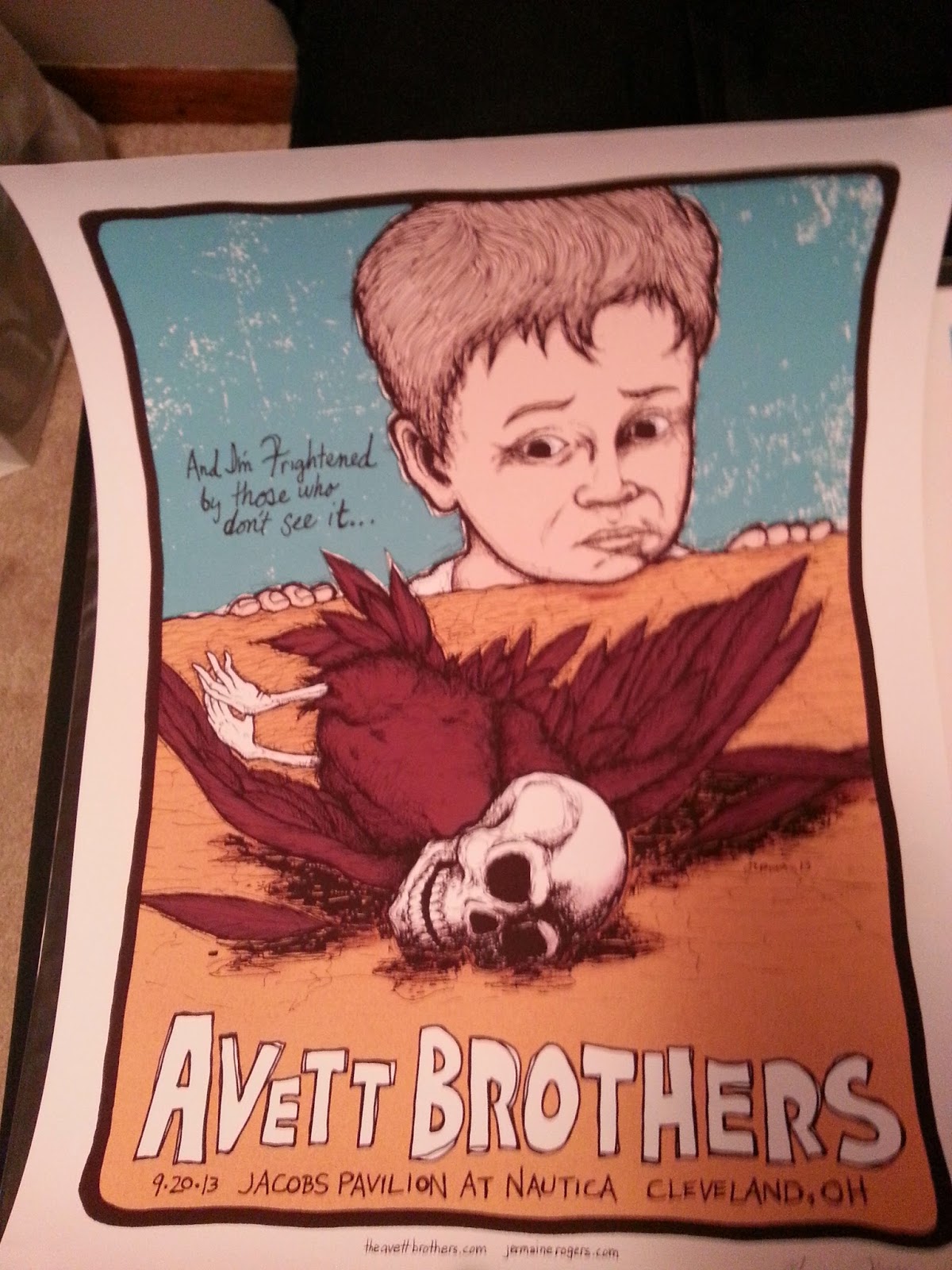 At the time of this show, I was just a so-so fan of the Avett Brothers.  I loved a few of their songs, but for the most part I found their music slow and a bit too folky.  As you might have noticed, if I even love a song or two of an artist, I'll go to a show of theirs.  When the tickets went up for sale I saw the price at around $50 and I decided not to buy them.  Turns out my birthday came around a few weeks later and my buddy bought tickets for me.  I was thankful I had this first opportunity to see the Bros., because it changed my opinion of them immediately.  I was destined to go this show and I'd have to say it was one of my favorite shows of the last several years. 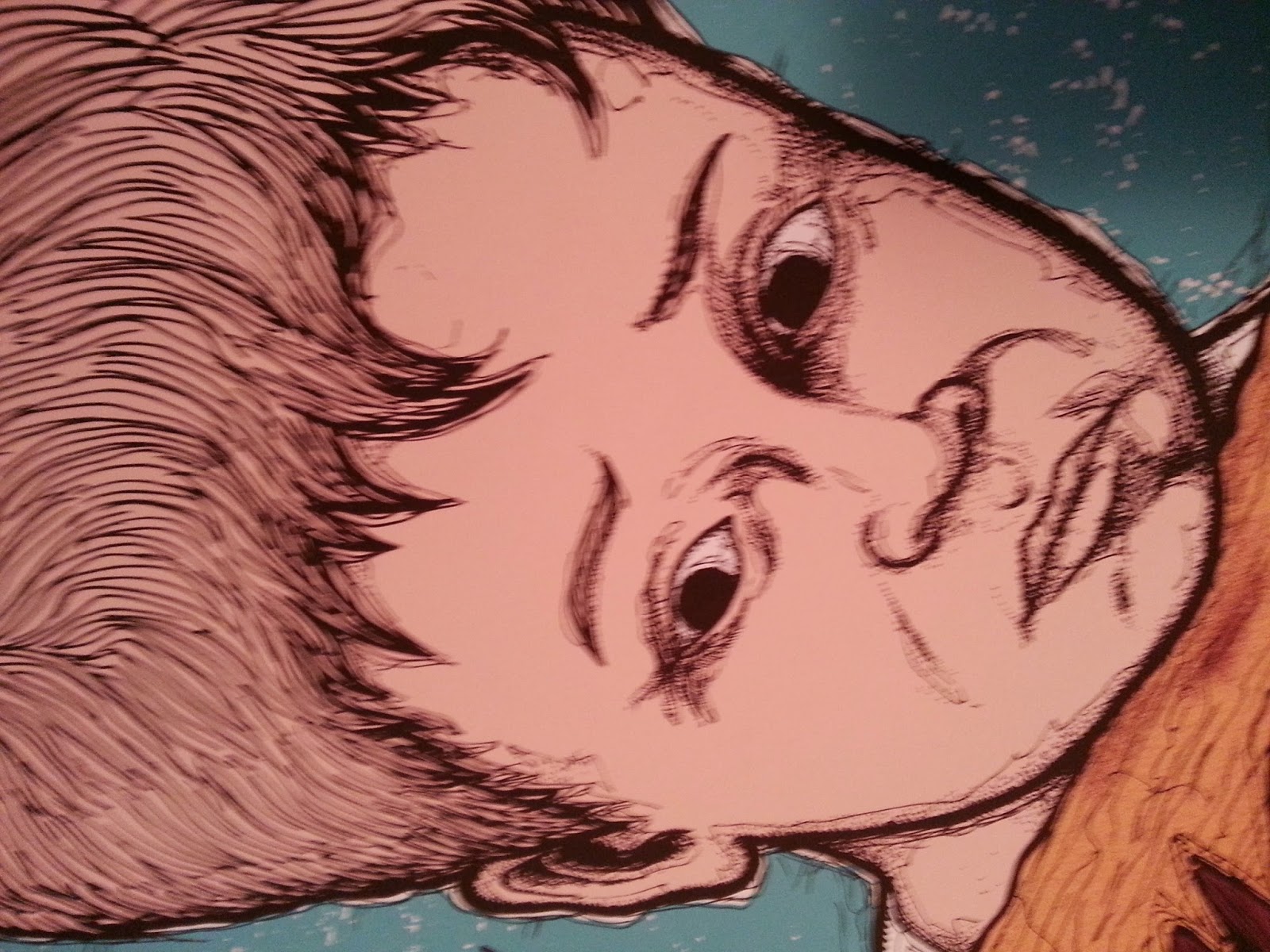 On a rainy night in Cleveland, my buddy showed up to the outside venue and immediately B-lined to the lower box area.  We had tickets for the bleacher seats.  We didn't settle though and got close enough at one point that we would have been able to touch Scott and Seth Avett.  As we watched the Avetts cut through song after awesome song in an insane performance that left me wanting more and more each minute, I realized I needed the memento that caps the concert experience for me.  So, I headed over to the swag booth. 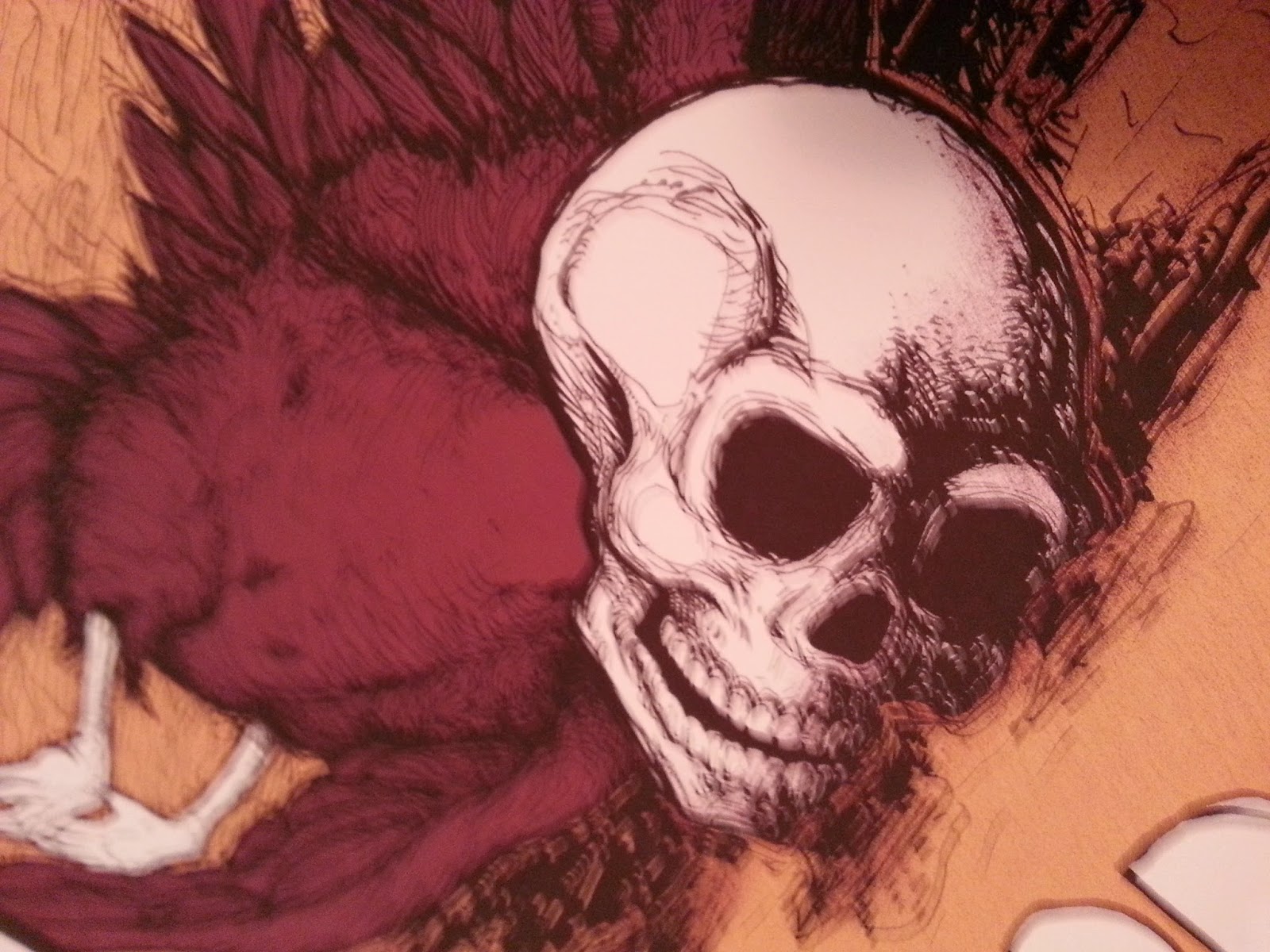 I saw this bad boy staring at me and had to have it.  Its colors and scheme provide an erratic presentation that well represent the Avetts.  Rough, but succinct it tells a story in one scene.  Exactly what a gig poster should do. 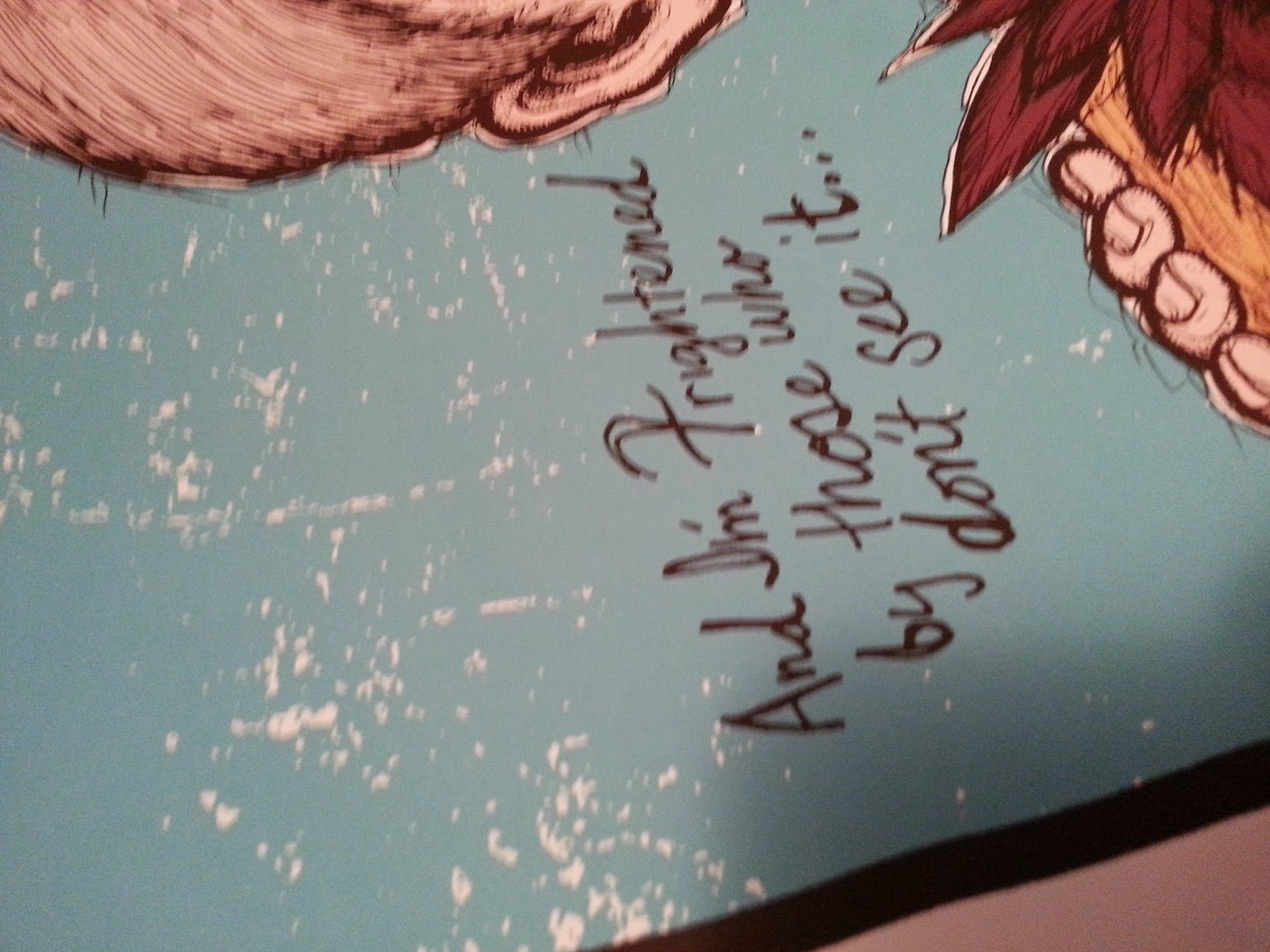 On Jermaine Rogers' website he explains his inspirations of the poster:
'I wanted to touch on the dark themes that seem to run undercurrent in much of the Avett Brothers' music. Everyone hears the beauty, but the darkness and unsteadiness and doubt are there. I wanted to touch on that and attempt to illustrate it and lay it bare, at least my personal interpretation. The lyric I included in the image are from the song, 'Head Full Of Doubt/ Road Full Of Promise'. The words are indicative of a darker reality that seems to run undercurrent in much of the bands music. It's my favorite lyric of theirs.' 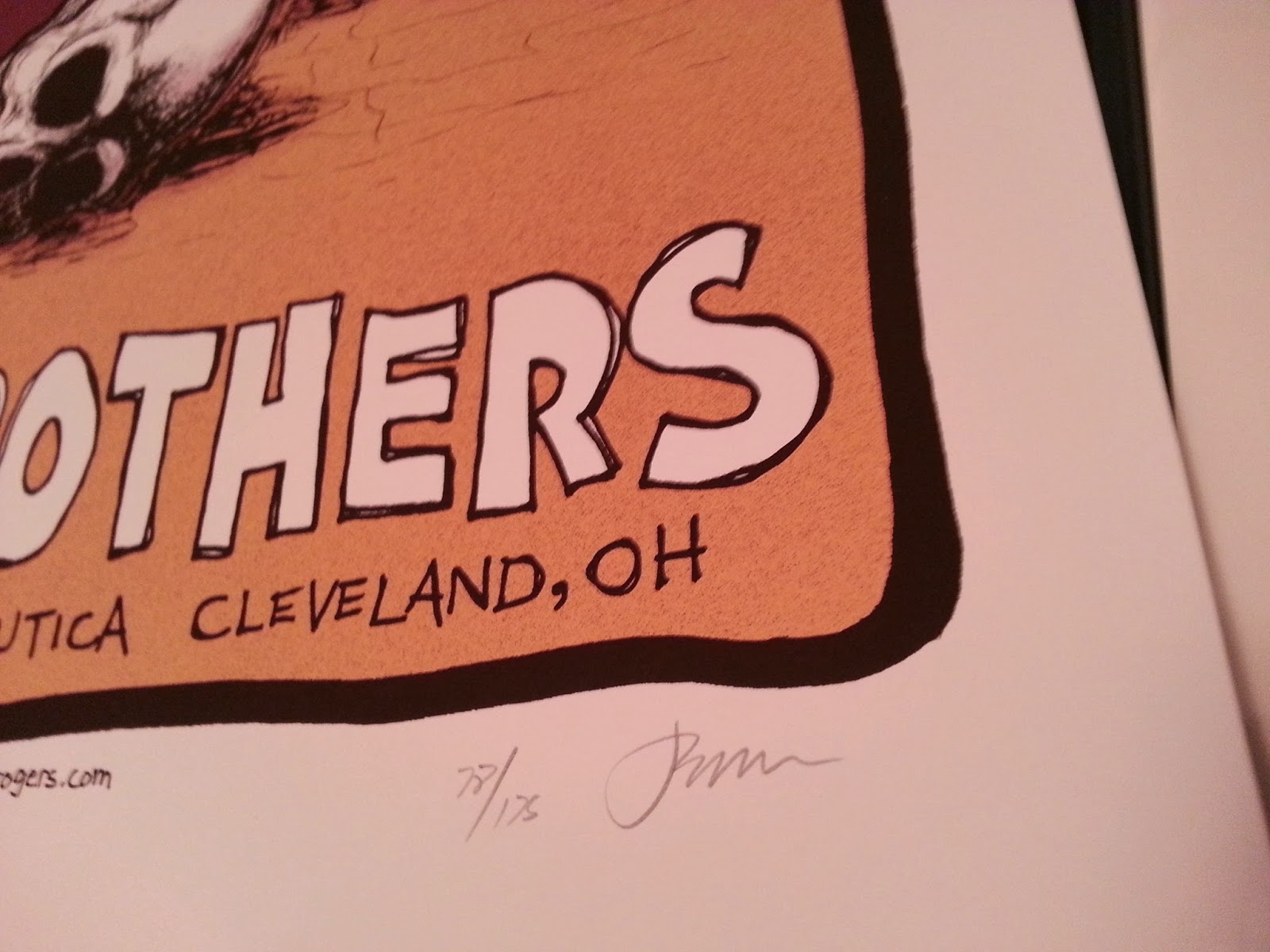