Getting ready for Record Store Day 2014

Record Store Day 2014 is tomorrow and who isn't pumped to head out to their local record stores to pick up rarities and have a blast hanging out?  Being in Cleveland is a curse and a blessing in many ways.  Some times I feel the curse outweighs the blessing a wee bit more.  Especially when it comes to anything music related.  I have blogged about Cleveland's concert struggles in the past and how the city that built rock and roll continues to have issues pulling in quality, mid-level (popularity, not talent) acts.  There are so many great small venues across the northeastern Ohio area, but we still can't pull in decent shows.  I'd like to emphasize across northeastern Ohio too.  Everything is so spaced out.  The same goes with the record stores in the area.  Its going to be a struggle to get to all of the record stores I'll set out to tomorrow morning.  That's why its good to have a game plan to start the day.  Knowing what you want will be important because time is of the essence, especially in a city like Cleveland where I'll be traveling 20-30 minutes to get from one place to the next.  I took a look at the official list on recordstoreday.com (official list here) and did a run-through of what I absolutely wanted.  I'll probably pick up a few others and set my limit at about $80, but these will be the must have exclusives: 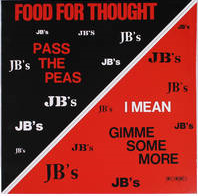 I absolutely NEED to get my hands on this.  The Godfather of Soul's backing band and Fred Wesley set the funky tone in the 70s.  If you pop a record on by the JB's, make sure you're ready to groove.  Its impossible not to.  I'll be looking for anything JB's tomorrow, not only this.  A recommendation for those who haven't heard the JB's, pick up Doin' It To Death.  Enjoy.
Details from Record Store Day 2014 website:
Format: 12" Vinyl
Label: Get On Down
Release type: RSD Limited Run / Regional Focus Release
More Info: This reissue of the inaugural release from James Brown’s People Records from 1972 is pressed on 150 gram vinyl, features a 70s style tip on jackets and is housed in an 8 gauge custom bag with an embossed People Records logo. Also included in this deluxe offering: a 22” x 22” poster of the original cover art and a bonus 45 of The Grunt Parts 1 & 2 pressed on purple vinyl. 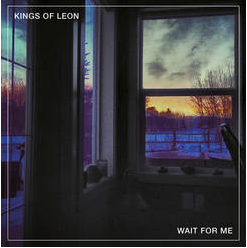 Anything that's live and Kings of Leon, I must have.  I get a ton of crap for liking this 'bro-band'.  I don't care, they're awesome.  If you have ever seen them live (my recent live review of them here), you'd understand why.  They rock.  I don't care if they're the ball tap brothers.
Details from Record Store Day 2014 website:
Format: 7" Vinyl
Label: RCA
Release type: RSD Exclusive Release
More Info:
B-side is an exclusive live track from the AMEX Unstaged show
"Wait For Me"/"Don't Matter (Live)" 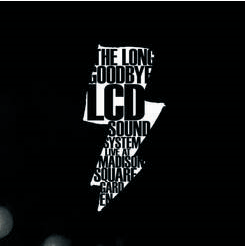 Not vinyl, but still awesome.  I've recently become a big fan of LCD Soundsystem (I know a little late).  As I mentioned I love anything live and this being a recording from their last show at Madison Square Garden, makes it even better.
Details from Record Store Day 2014 website:
Label: PLGUK
Release type: 'RSD First' Release
More Info:
The Long Goodbye is the complete, unabridged recording of LCD Soundsystem's near-four-hour April 2, 2011 farewell show at New York's Madison Square Garden. Produced and mixed by LCD founder and frontman, James Murphy. The Long Goodbye is the ultimate audio document of LCD Soundsystem's now legendary final show. The album's exclusive mix brings new life to every note of music played during the epic MSG show- including of course the performances featured in the acclaimed film, Shut Up and Play The Hits, which chronicled the concert by painting an intimate portrait of Murphy navigating its lead-up and aftermath. This special box set will be released exclusively on Record Store Day 2014 over a month before it is available anywhere else. Includes digital download.
See you tomorrow morning for coffee, donuts and jamming out.
Get it.