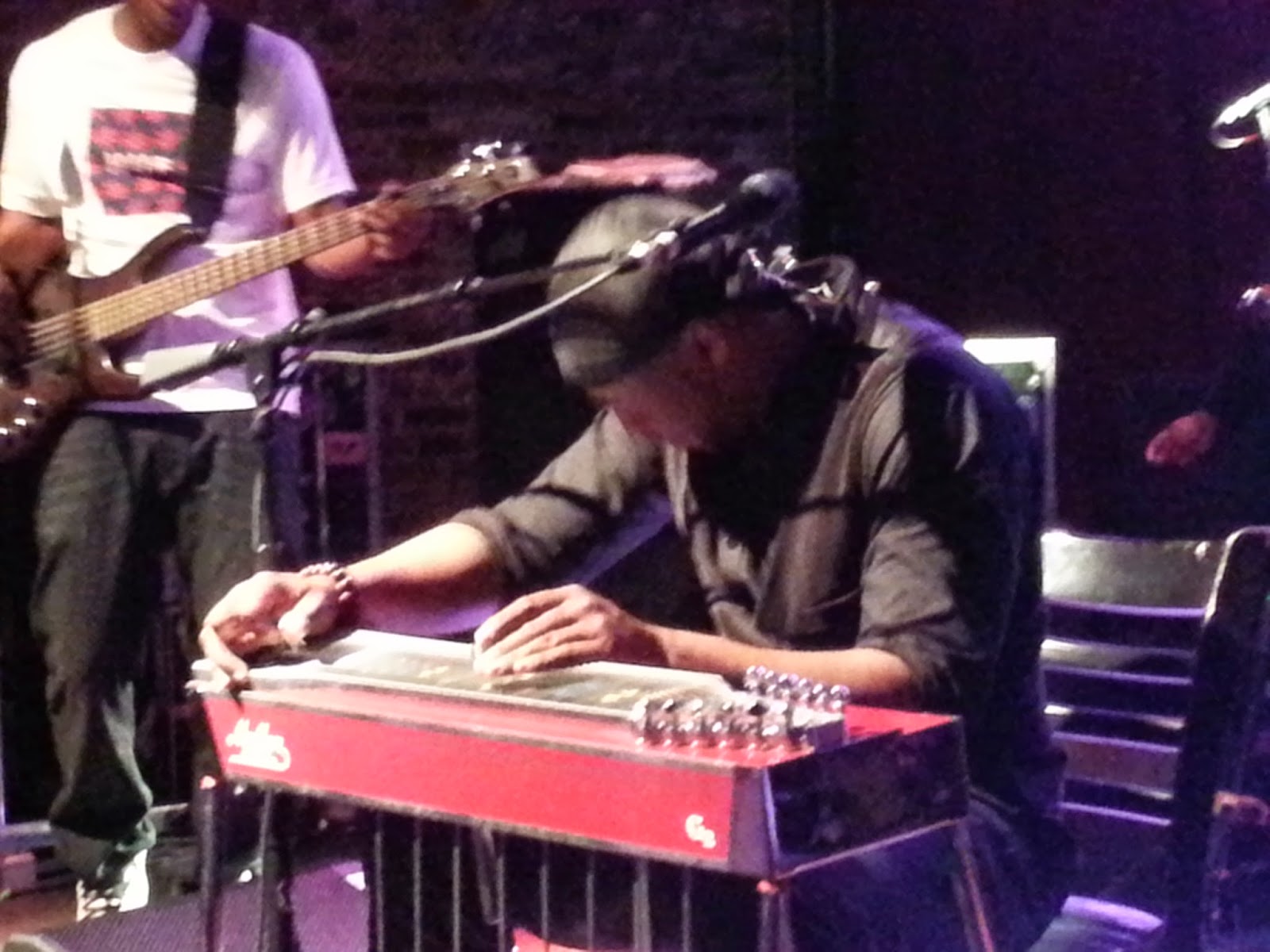 I knew I had to check out Brooklyn Bowl when I visited NYC earlier this week.  It only helped that Robert Randolph and The Family Band happened to be playing that Tuesday I arrived in town.  Robert Randolph has a recurring gig at Brooklyn Bowl each Tuesday night.  If you have the opportunity, you need to check him out in this insanely awesome venue.  With a full, twenty lane bowling alley and brick walls and duct work surrounding the stage, this is a truly a must-see venue. 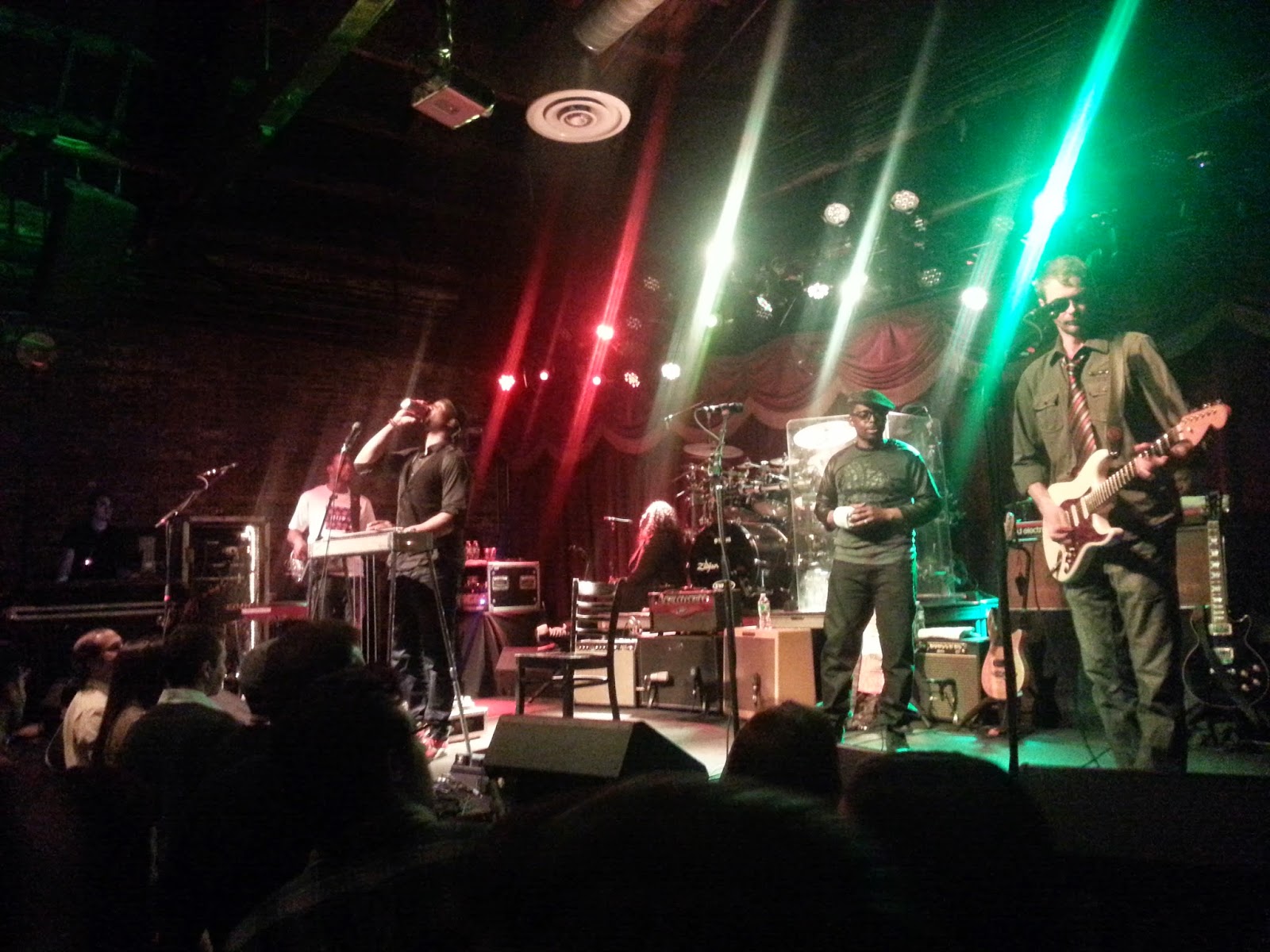 I walked in to Robert Randolph starting up and sliding and picking on his pedal steel guitar.  He jammed out for the first eight minutes of set, followed by weaving in and out of his more popular songs and jam sessions.  The Family Band, consisting of cousins Danyel Morgan and Marcus Randolph, little sister Lanesha Randolph and stand-in family members Adam Smirnoff and Brett Haas, played their hearts out grooving and jamming along with Robert.  The funk sound they created was only done justice in the live setting.  Randolph has several albums, but its only until I saw him live this night why I understood his strong following.  He is truly an impressive performer with so much charisma, it took him standing up off of his stool behind his steel guitar to fully shake out the funk.

Randolph jumped in and out of songs playing several different instruments including the sit down pedal steel guitar, the stand-up slide guitar and regular old electric guitar.  He owned each instrument, showing his talent and sharing the stage with the talent of his family members.  Danyel Morgan strummed the bass and hit every high note in a falsetto pitch.  Lenesha Randolph provide backup vocals bringing Robert's lead vocals a perfect cushion. 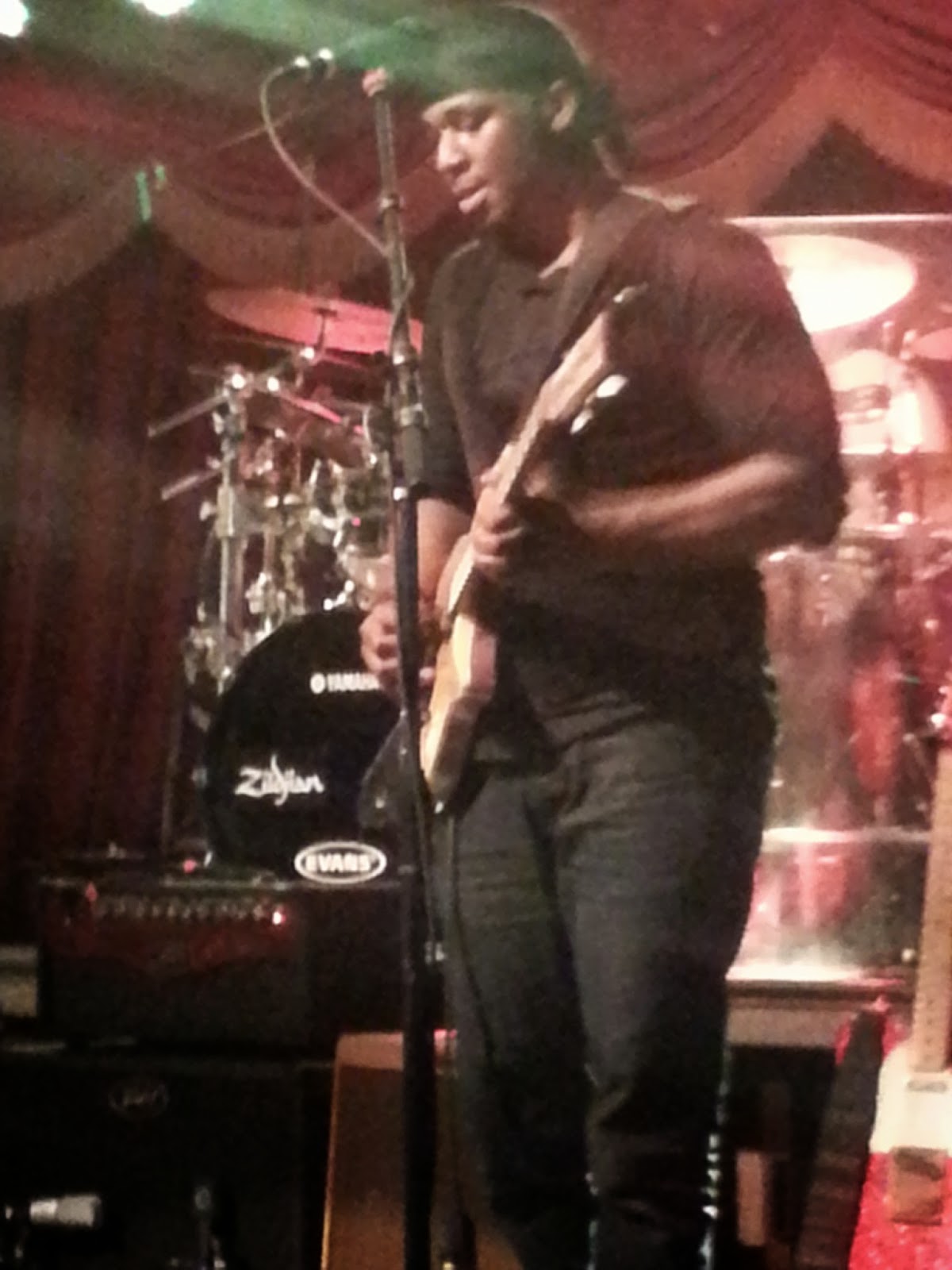 At one point the show, Robert pulled one audience member after the other up on stage to grab a guitar and jam with him and the band.  He continued this collaborative effort by passing the mic around the audience asking people to join in on lyrics.  After hitting off notes, he'd grab the mic away or steal the guitar back jokingly, but at just the right time before the audience member thought he or she was bigger than the show.  Then, Robert called up on stage some girl who screamed it was her birthday.  He proceeded to duck down and throw the girl on his shoulders, only to continue playing the steel guitar and bobbing making the girl dance on his shoulders.  Talk about a true showman. 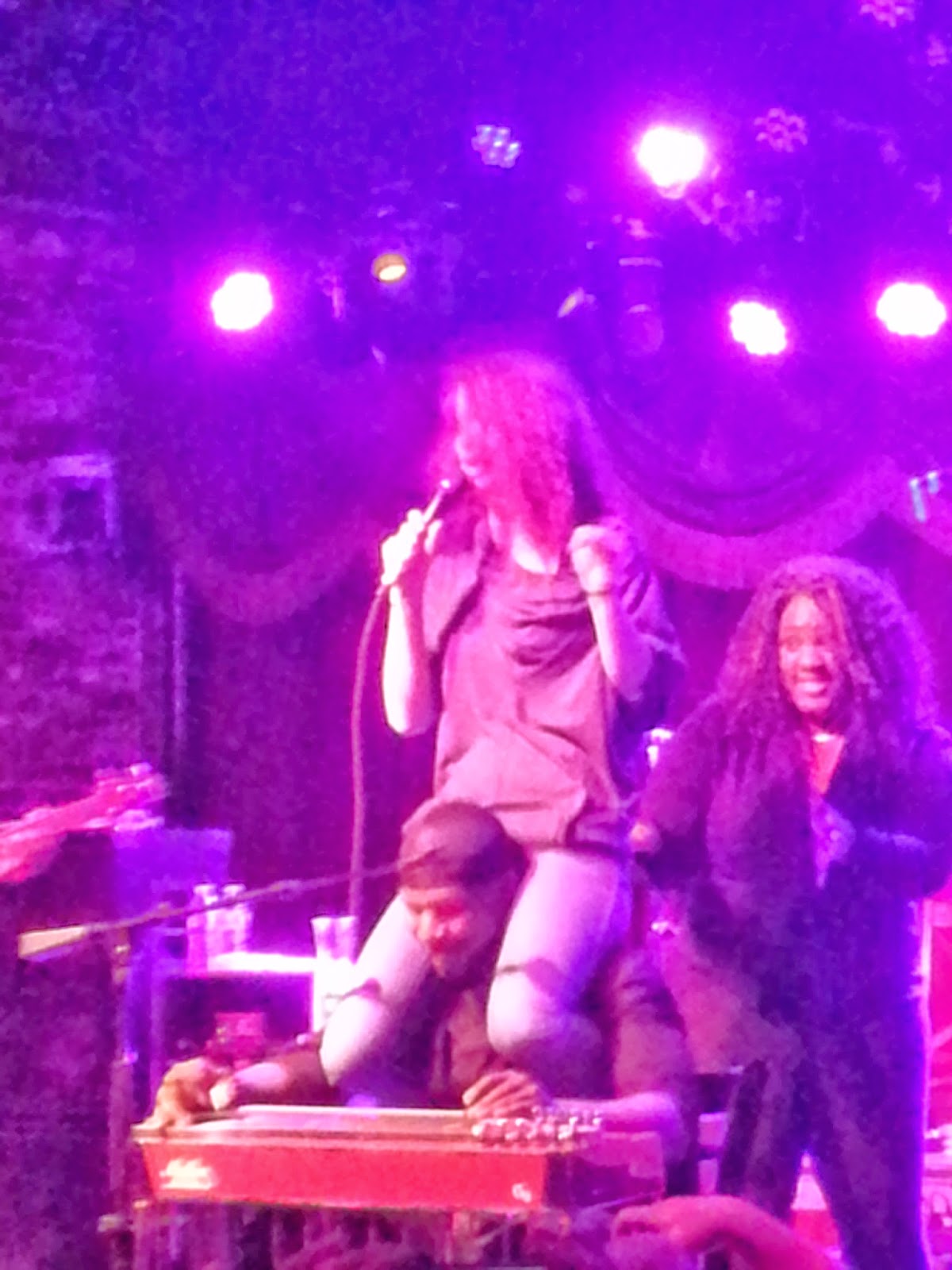 He ended the show, by jamming to Jimi Hendrix's 'Purple Haze' and doing absolute justice.  He walked off thanking the crowd for coming out on a Tuesday night.  He played the venue as if he were never going to play again, but in reality he just will wait until next week to give the same effort and presence as he always does.  A residency of Robert Randolph is giving the venue a chance to share an international talent every week.  Brooklyn is so lucky to have him.
Check out Robert Randolph and The Family Band jam out below.
Get it.
at 1:43 AM