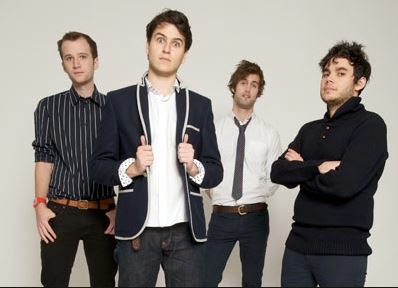 Vampire Weekend has been touring and promoting since May 2013 when 'Modern Vampires of the City' was released and they have slowed down a bit.  Although, Ezra Koenig's fashion sense may have reached a new low with their most recent performance on The Tonight Show Starring Jimmy Fallon last night.
Vampire played 'Unbelievers', the latest single of their almost one year old album last night.  I have always felt 'Unbelievers' has been the third best track off of 'Modern', behind 'Diane Young' and 'Ya Hey'.  Ezra's voice was a little shaky to start the performance, maybe due to the fact that The Terminator was on the show earlier.  He smoothed out though and the rest of the crew picked up him up nicely.
Check out the performance below courtesy of NBC....