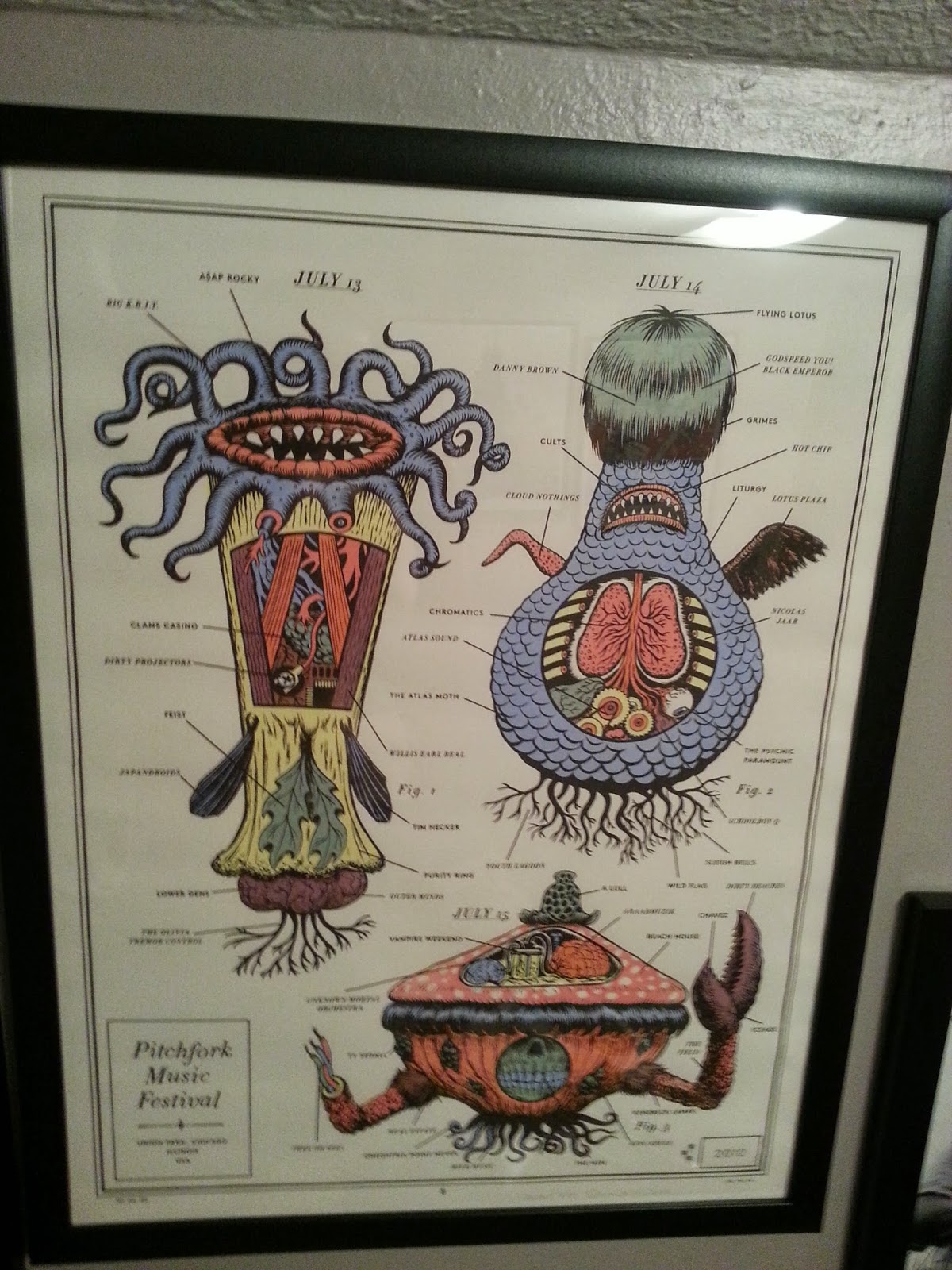 I haven't posted a Gig Poster Thursday post for about 3 weeks, so I figured what better way to return than with one of my favorite posters.  This is from Pitchfork Music Festival in Chicago's Union Park in 2012.  Pitchfork is the smaller Coachella of the Midwest with it's indie lineup and hipster setup.  Its a pretty cool festival that's spread across baseball fields and has an awesome poster alley.

2012 had a pretty solid lineup with a few memorable bands such as Feist, Sleigh Bells and Vampire
Weekend.  Vampire closed on Saturday night of the festival and killed it.  They were off for about 2 years, getting ready for 'Modern Vampires of the City' to come out that next year.  I actually think they played 'Diane Young' for the first time live during their set.  It was such a great show, I wish I could go back in time to it.


I am so glad I bought this poster, it has such a cool design.  With the science biopsy of make-believe creatures, it stands apart in my collection.  I walk into my poster room every morning and just stare at it for 10 minutes.  It's one of the most creative and colorful prints in my lineup. 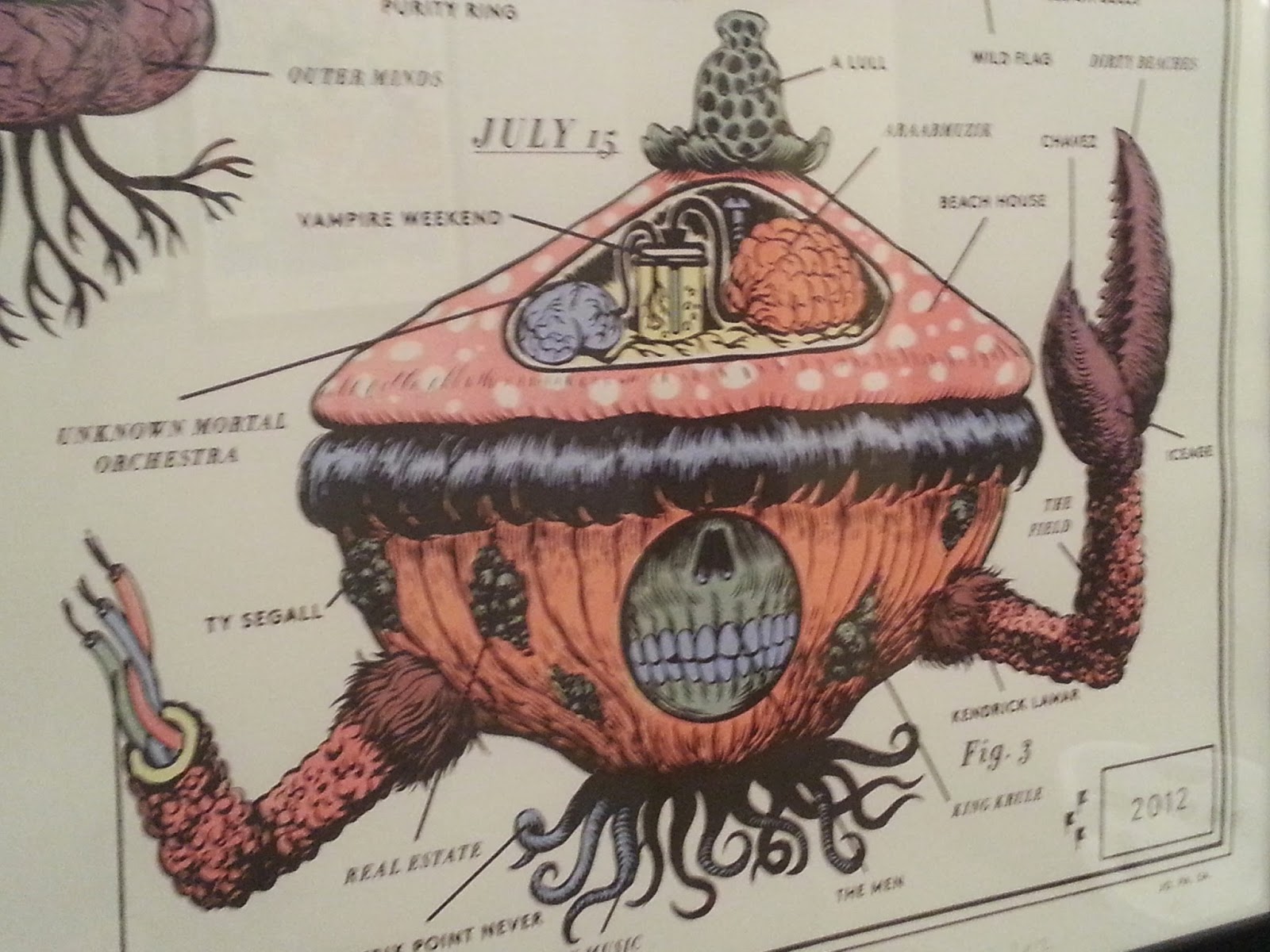 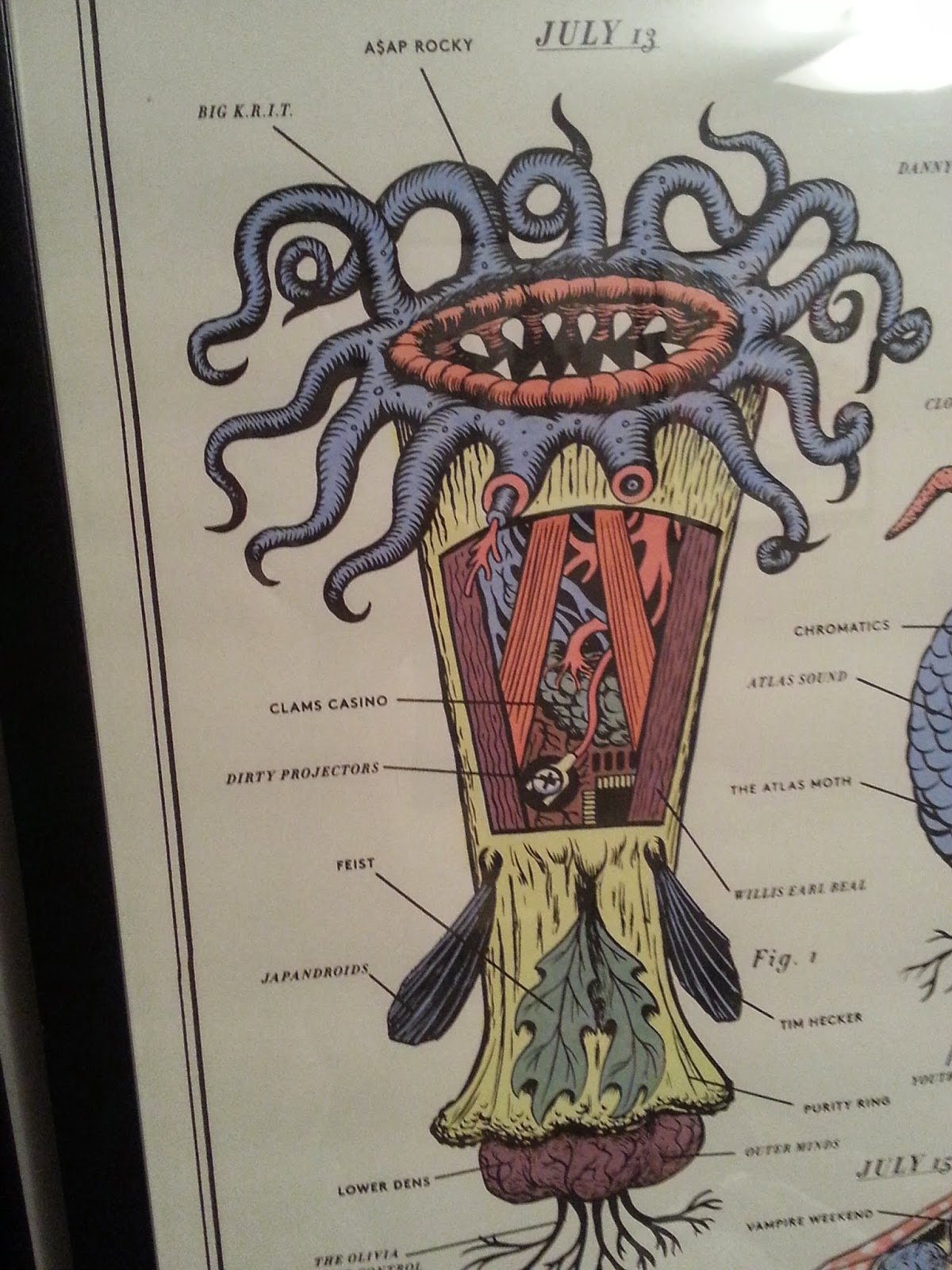 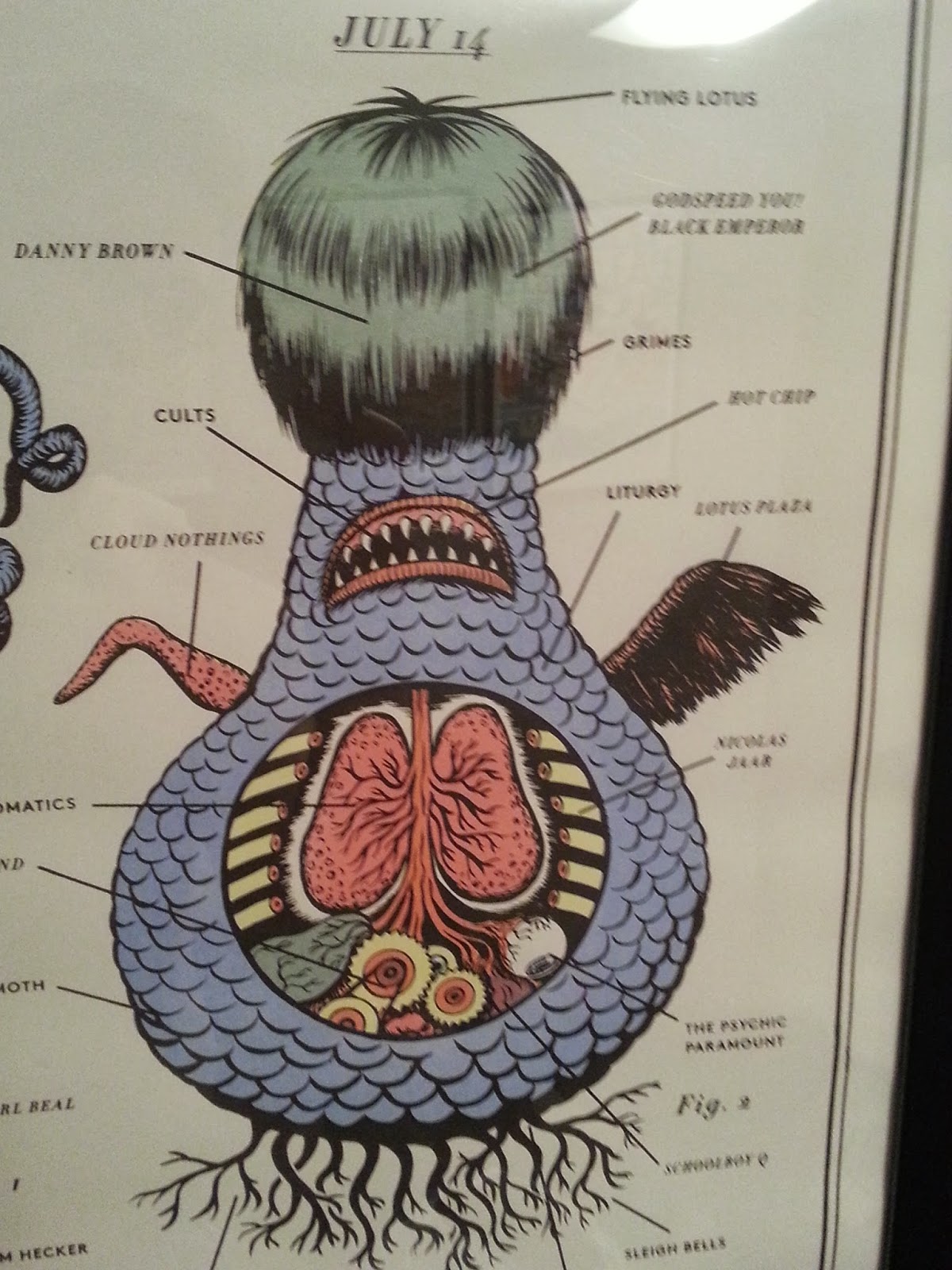 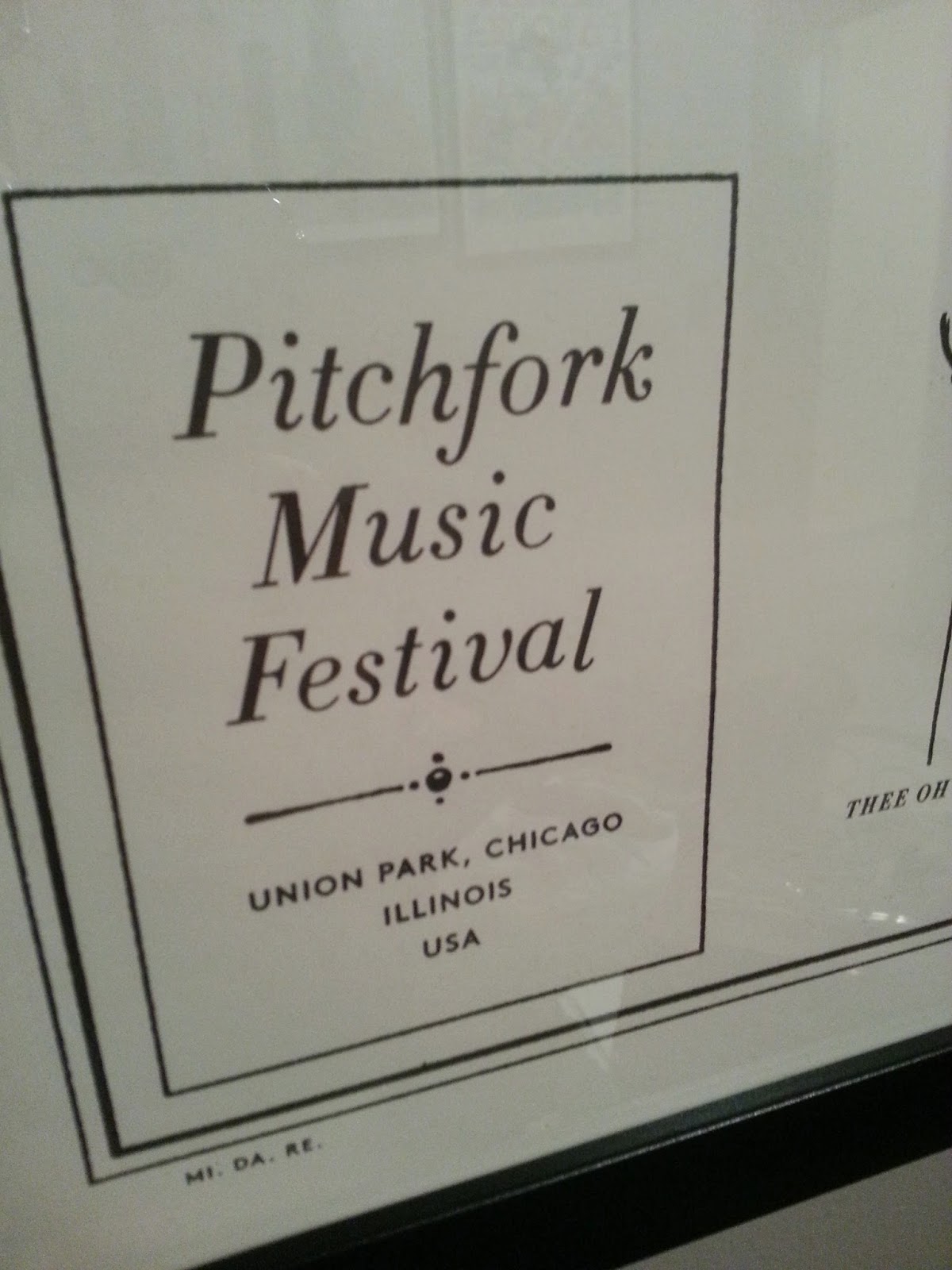