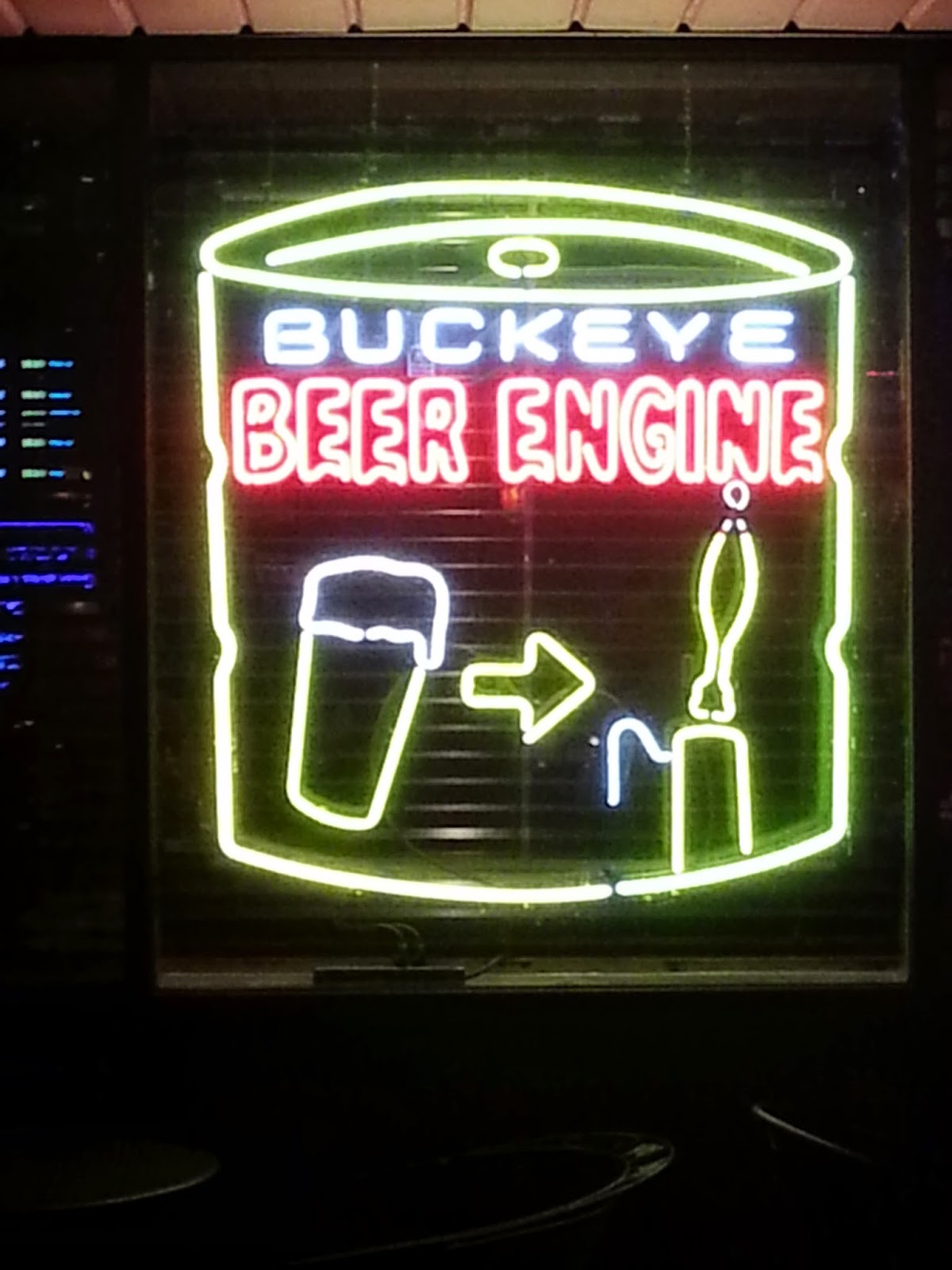 After a long last few days dealing with an illness in the family, Patty and I decided to get a drink and some good food on Saturday night.  I wanted a juicy burger and great, fresh beer.  Since we were in downtown Cleveland, we decided to head to Buckeye Beer Engine in a nearby suburb on the lake, Lakewood.
I have been to Buckeye Beer Engine a few times before and I have never been disappointed.  It has the feel of a neighborhood dive bar, that prides itself on a sizeable menu focused largely around gourmet burgers and sandwiches.  Its truly a solid microbrewery, maybe a nano-brewery.  It has distribution of its most famous brew, Hippie IPA, mainly in Ohio but not sure where else.

If you're going to Buckeye Beer Engine, you must try a burger.  For around $9-10 you can get a perfectly cooked, seasoned and constructed burger.  You can pick from their list of about 10-12 regular menu burgers or 1-2 of their weekly special burgers.  I went with the Chipotle Blue burger and Patty went with the Hippie burger, both loaded with blue cheese and resting over homemade
buns.

As for the beer, there are tons of choices from their "big board", which is 4 flat screen TVs that list 30-40 beers all on tap, not to mention a robust selection of bottles.  Their list represents a beer selection that is local and also expands nationally, with choices from Great Lakes, Founders and Rogue.  I went with a couple of Buckeye Beer Engine brews.

Buckeye Hippie IPA, ABV(6.8): American IPA brewed with Northern and Cascade hops.- I think this is a great IPA and this is their cornerstone beer.  A reasonable price point at $5 and a great compliment to the burger - 3.5/5 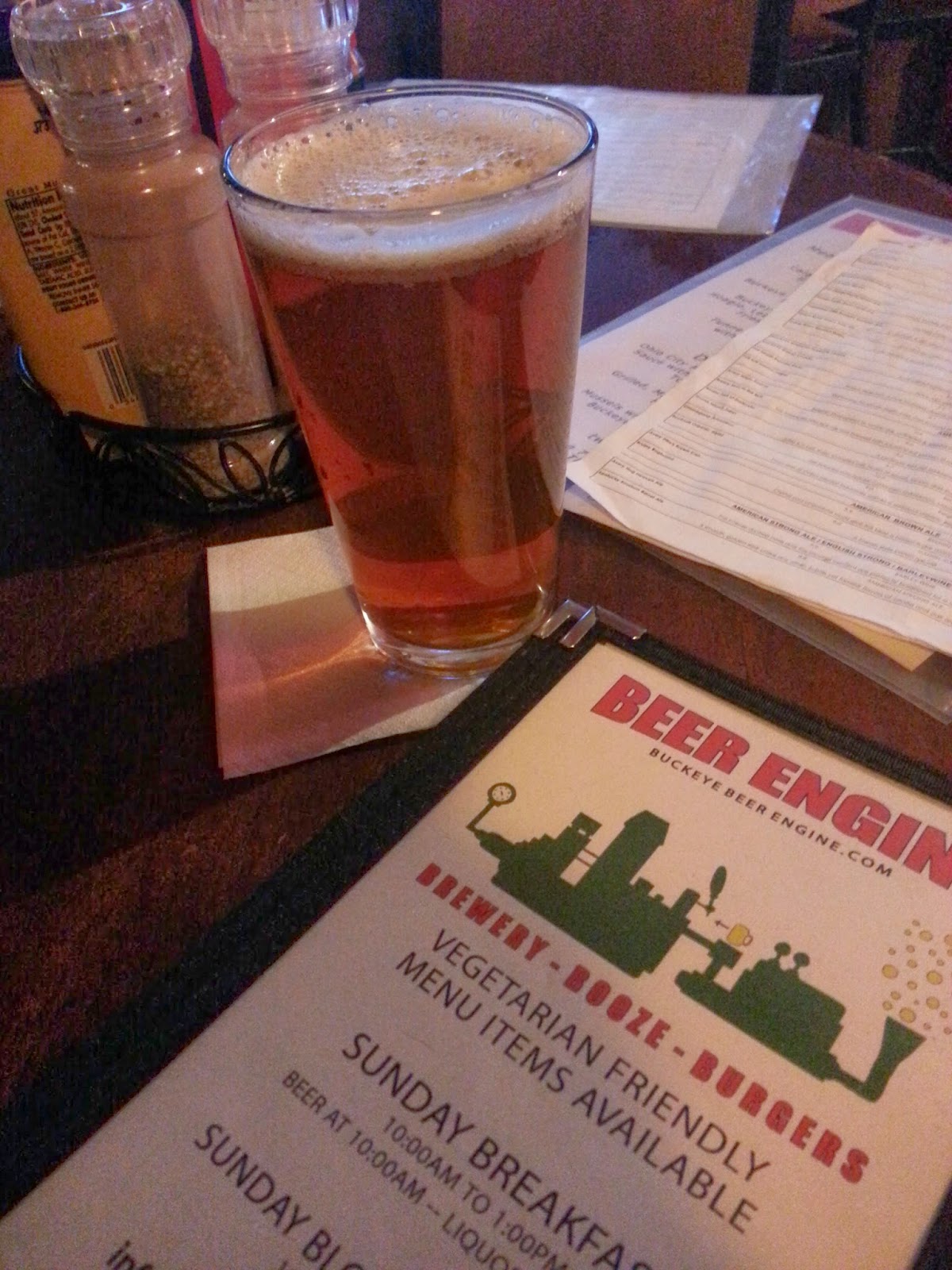 Buckeye Redhead, ABV(5.3): Irish Red Ale, slightly sweet and roasted malt, well balanced and very refreshing.  I didn't like this as much as the IPA.  At $3.50, this was priced fairly.  A lighter beer and it ruined my palate.  This tasted kind of like a Yuengling.  Not a fan - 1.5/5 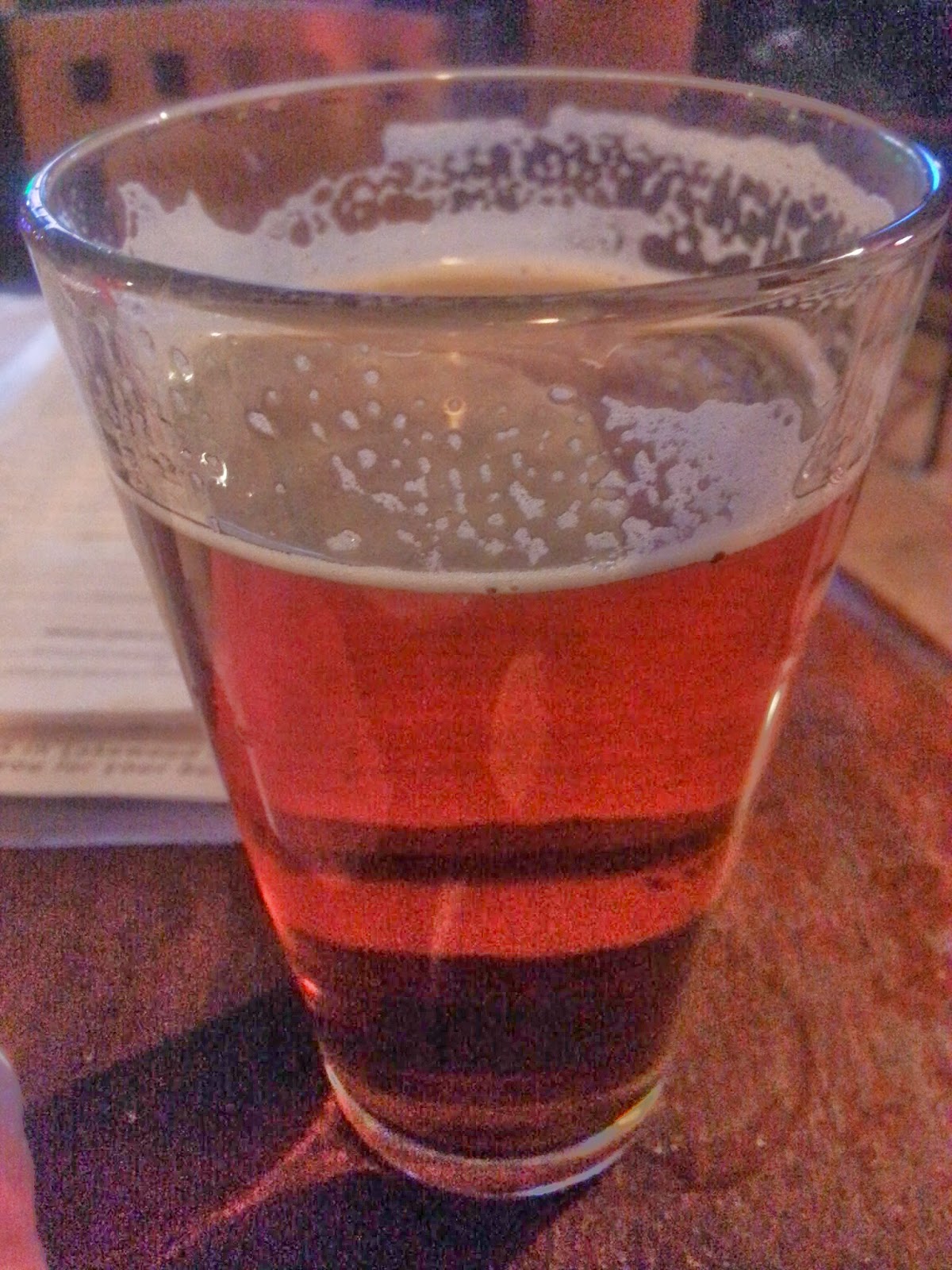