Tiny brewery, big taste (I should work for Budweiser marketing....) 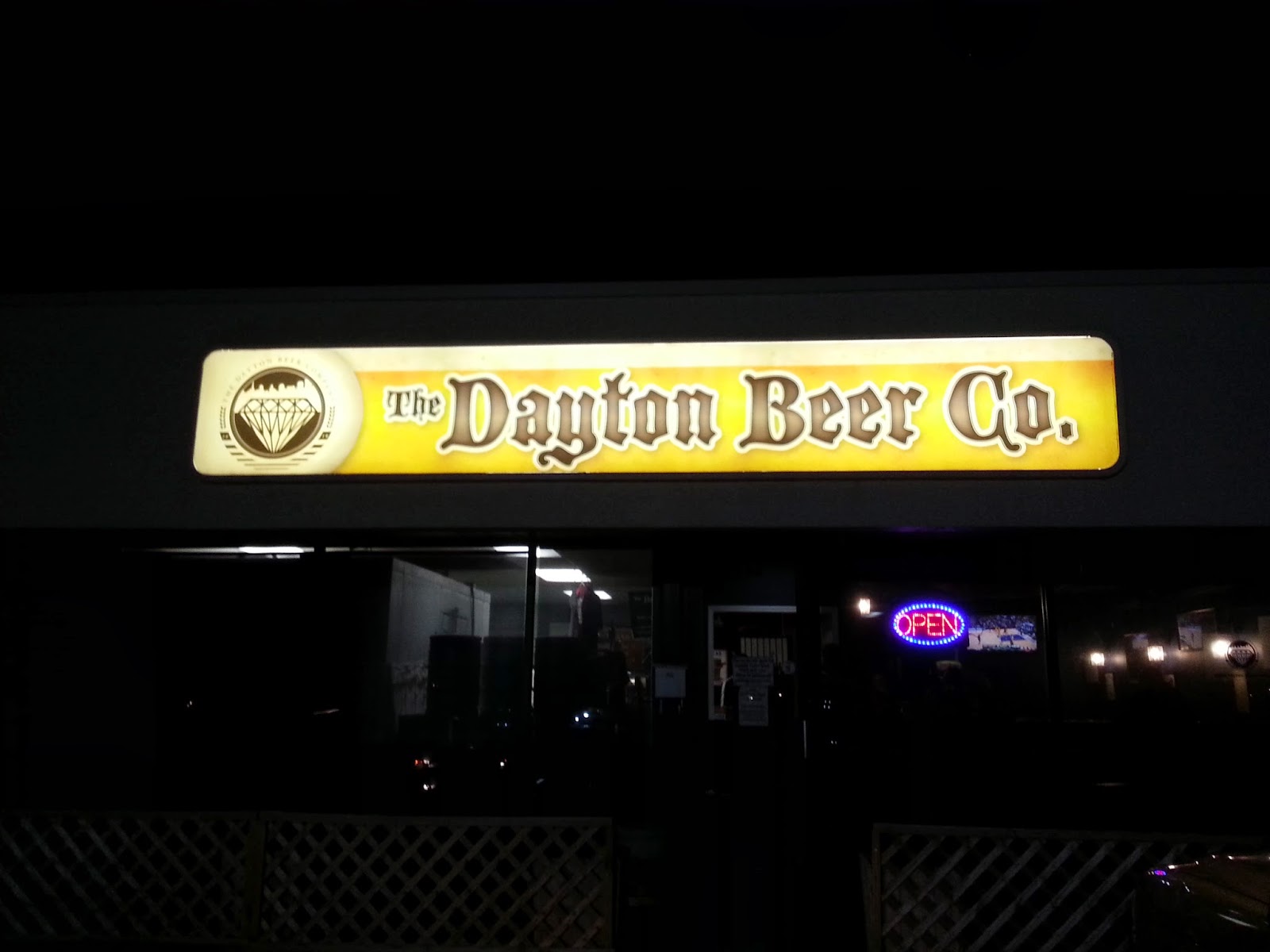 I was in Dayton this past week and headed out to some Beer Advocate recommendations in the evening.  Dayton has a pretty decent, growing beer scene.  The Dayton Beer Company looks like it used to be an old convenient store converted to a bar.  In fact it sits in a mini-mall right next to a Super K.  Don't let the appearance distract you as they pump out some great beer. 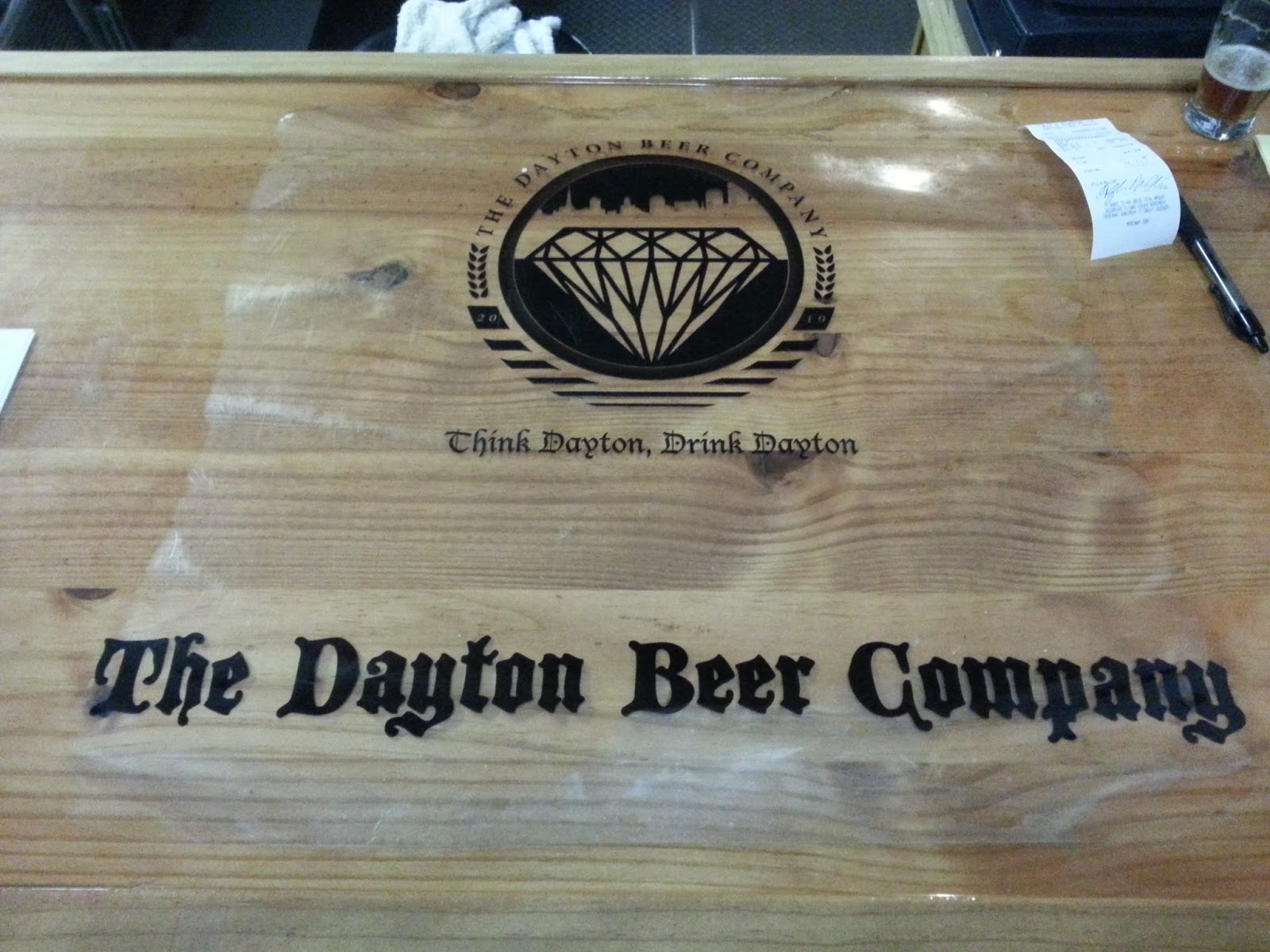 This was my second time visiting and both times I left with a great taste in mouth.  Its small, yet welcoming atmosphere allows for good conversations with the bartender and patrons, most of which are regulars.  The bar itself is rather impressive for being in such a small space.  Its big and wraps around where the bartender is sort of center stage, which is how it should be.  The tables are aligned so there is just enough space between them and room for bar stools.  This is no frills, with good woodwork throughout and one big flatscreen.  The only thing the place is really missing is good music, which I feel is essential to bring the whole setting together. 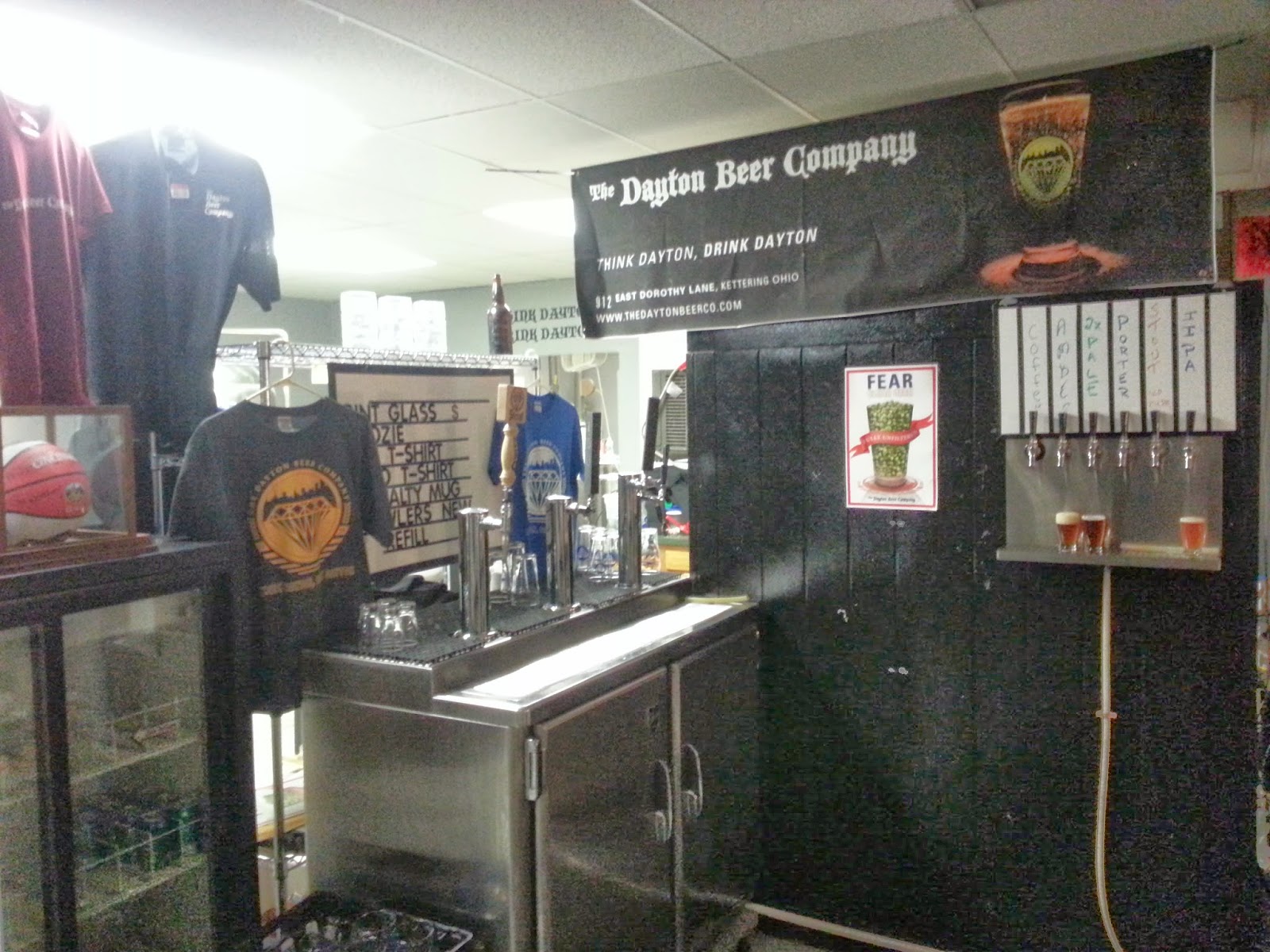 The day I was in, the bartender mentioned they had brewed earlier in the day the place still was filled with the aroma of wort and hops, which I love.  The beers are listed on a whiteboard and on pieces of paper taped around the top of the bar (really...no frills).   Prices are reasonable ranging from $4 to $6.50.  They have cycling seasonals along with regular handles, all of which is their beer.  Below is what I went with: 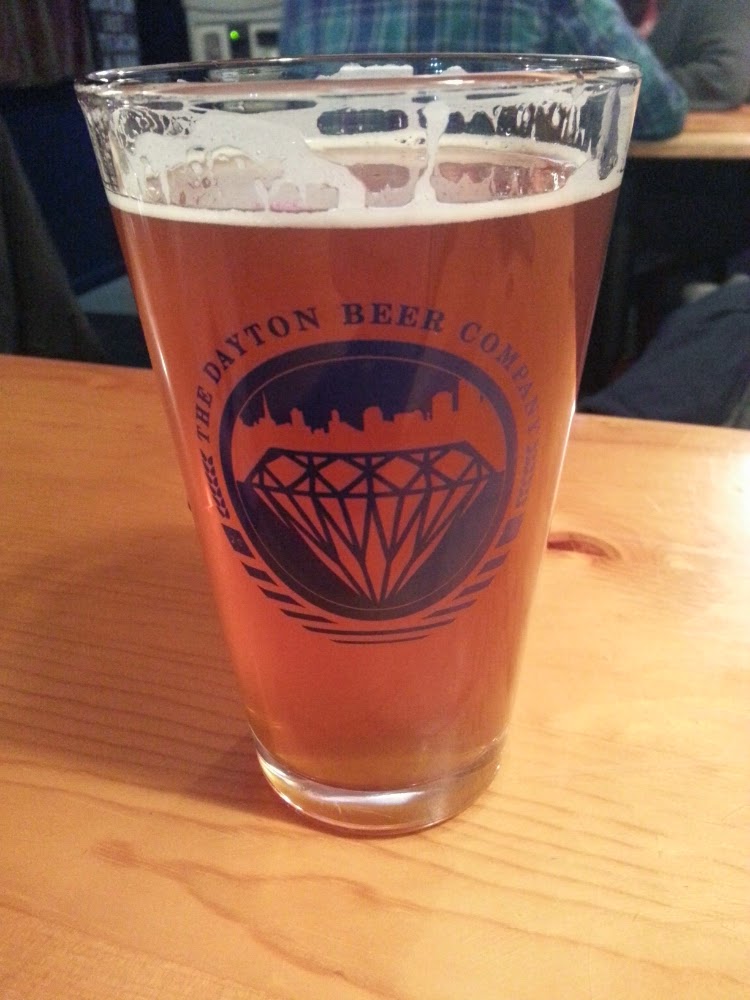 I also heard the bartender talking with another patron about a possible other location or move to better location.  I would support that move because although the place is suffice, it would be better served to service more people in a larger space with a bit more character.  I'd love to visit again regardless, because the beer speaks volumes. 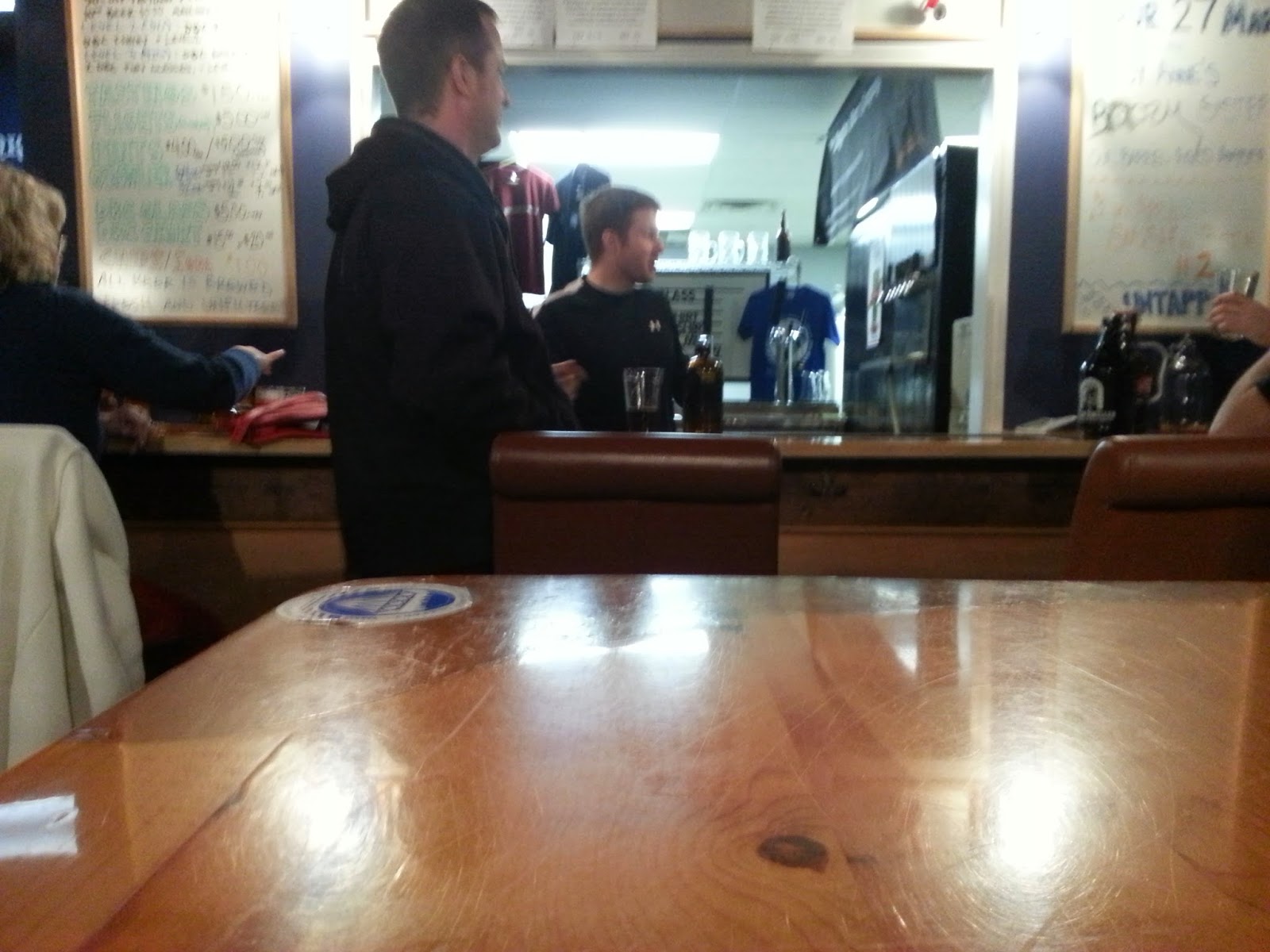