I woke up after a long night of drinking and concert going the night before seeing Houndmouth with Gary (see Concert Review #1) in Chicago.  We stumbled out of the gate in the morning and just needed some strong coffee to get going.  We headed over to a great breakfast place called Toast.  Its on Damen in Bucktown.  I got the breakfast burger which was awesome.  It a little prosciutto on top, which was a great little oompf to put it over the taste edge.  Perfect coffee, perfect breakfast, but I had to race walk back to Gary's to get rid of it all.  Coffee is my laxative.  We came back and chilled for a couple hours and listened to a couple records, one of which Gary picked up the night before at the Houndmouth concert.

That afternoon and night, we bopped around to couple places, until we got to the concert.  We first headed over to the world famous Map Room.  Great beer selection here, one of the best in the city in my opinion.  I had a nice Half Acre Hyoka on tap and boom, I was ready for another night of awesomeness.  Gary's buddy, Pope was hanging with us.  We watched the Olympics then headed back to Gary's for one more beer before we headed out to grab some grub.  Gary picked this place I had never been to before called The Radler.  Pretty sweet place with a twist on German food.  I got the pork belly with a side of spatzel which was insanely good.  Gary's new girl showed up and hung out with us for a bit.  After dinner and more drinks we headed over to the Riviera.

We showed up and the show was sold out.  It was insane, because there were a ton people outside trying to get tickets.  Luckily I bought tickets the day before.  We got in right after the opener.  After living in Chicago for 3 years, I had oddly never been to the Riviera.  The venue is older and gritty, but being from Cleveland I was right at home.  These four younger dudes then showed up that were completely wasted on something and stood right by us.  These dudes were probably in high school or right out of high school.  They were stumbling all over the place and rubbing each others' backs.  Very weird.  One of the dudes ended yakking his brains out mid-show as people were jolting away from him to avoid getting his dinner on their shoes.

Dr. Dog then came on stage and just rocked from the first song.  Mind you, I'm a huge Dr. Dog fan and this was the third time I saw (once at Lollapalooza 2012 and once late 2013 at the Beachland Ballroom in Cleveland).  I was not a huge fan of their latest album B-Room, but they played a few tunes from that album and they rocked.  They played most of the songs off of their 2011 album Be The Void, which is a fantastic album from top to the bottom.  Closer to the end of the show, they played my favorite song off of that album, Heavy Light and the place went nuts.  What an insane dynamic again between the dual singers Scott McMicken and Toby Leaman.  The songs flowed smoothly between them and where McMicken had his normal jam out, sunglasses on, in his own world approach, Leaman basically was making love with the mic and crowd.  They absolutely killed the performance and its another reason they're in my top 5 bands to see live.  One gripe with band though and really any other band that is the same....no gig poster.  C'mon guys, in the age of print-at-home and will call tickets, I need some sort of keep sake that I can look at on a daily basis.  I bought one of your t-shirts last concert.  No worries though, your performance covered that gap.

Encore:
How Long Must I Wait
Shame, Shame
County Line
Nellie
The Rabbit, the Bat & the Reindeer

Check out this legit review on Consequence of Sound with the above mentioned setlist: http://consequenceofsound.net/2014/02/live-review-dr-dog-at-chicagos-riviera-theatre-28/ 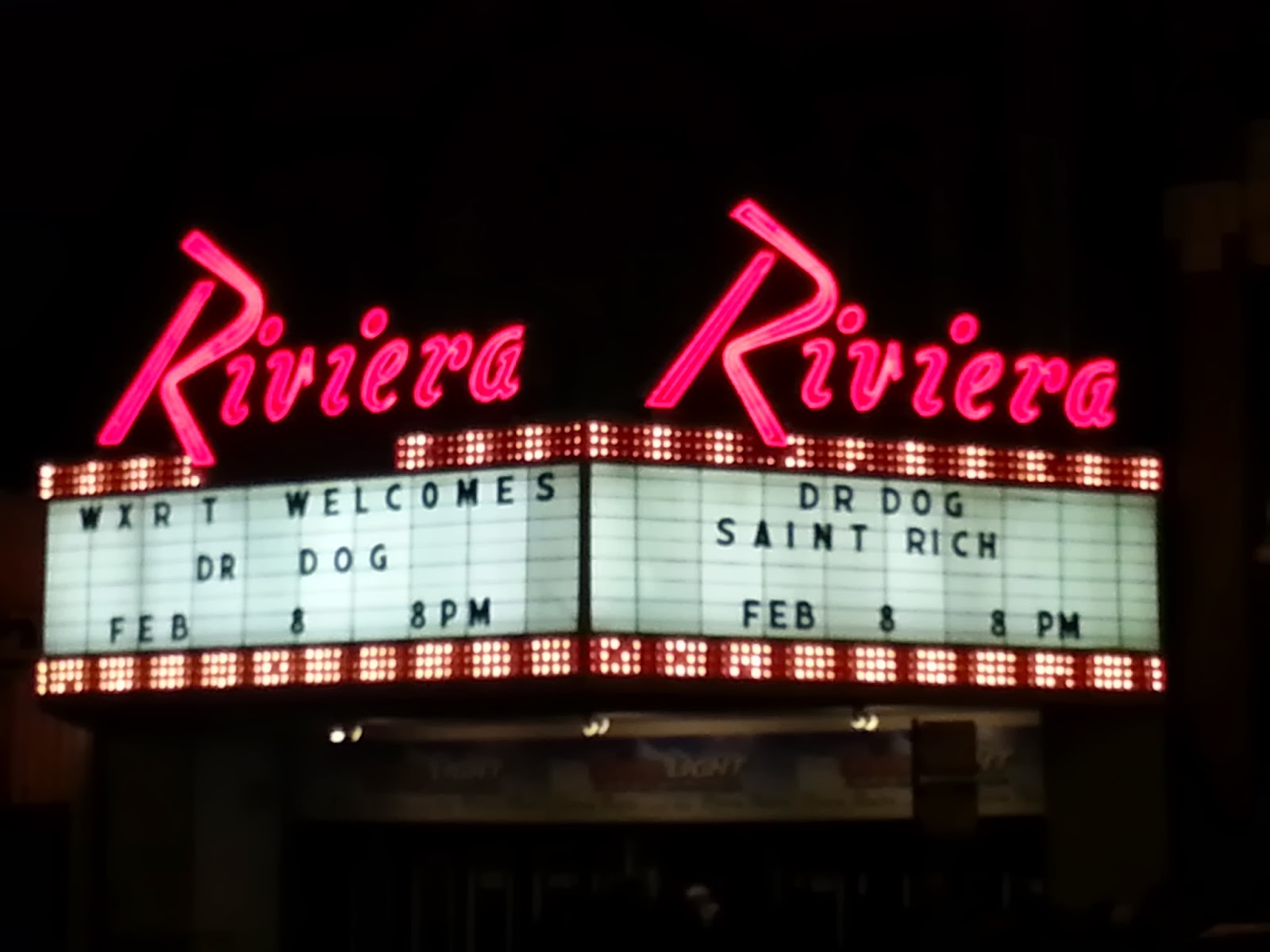 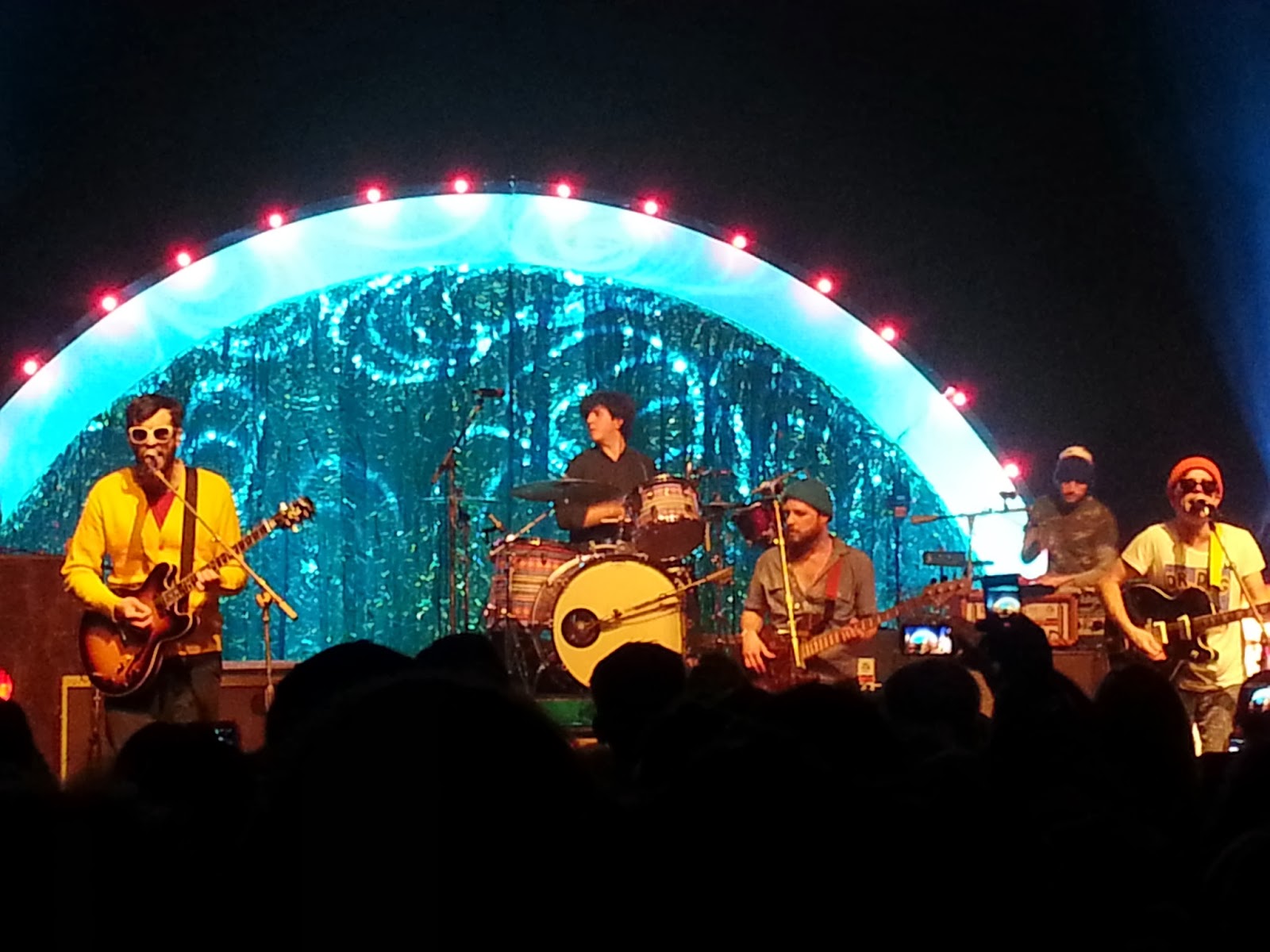 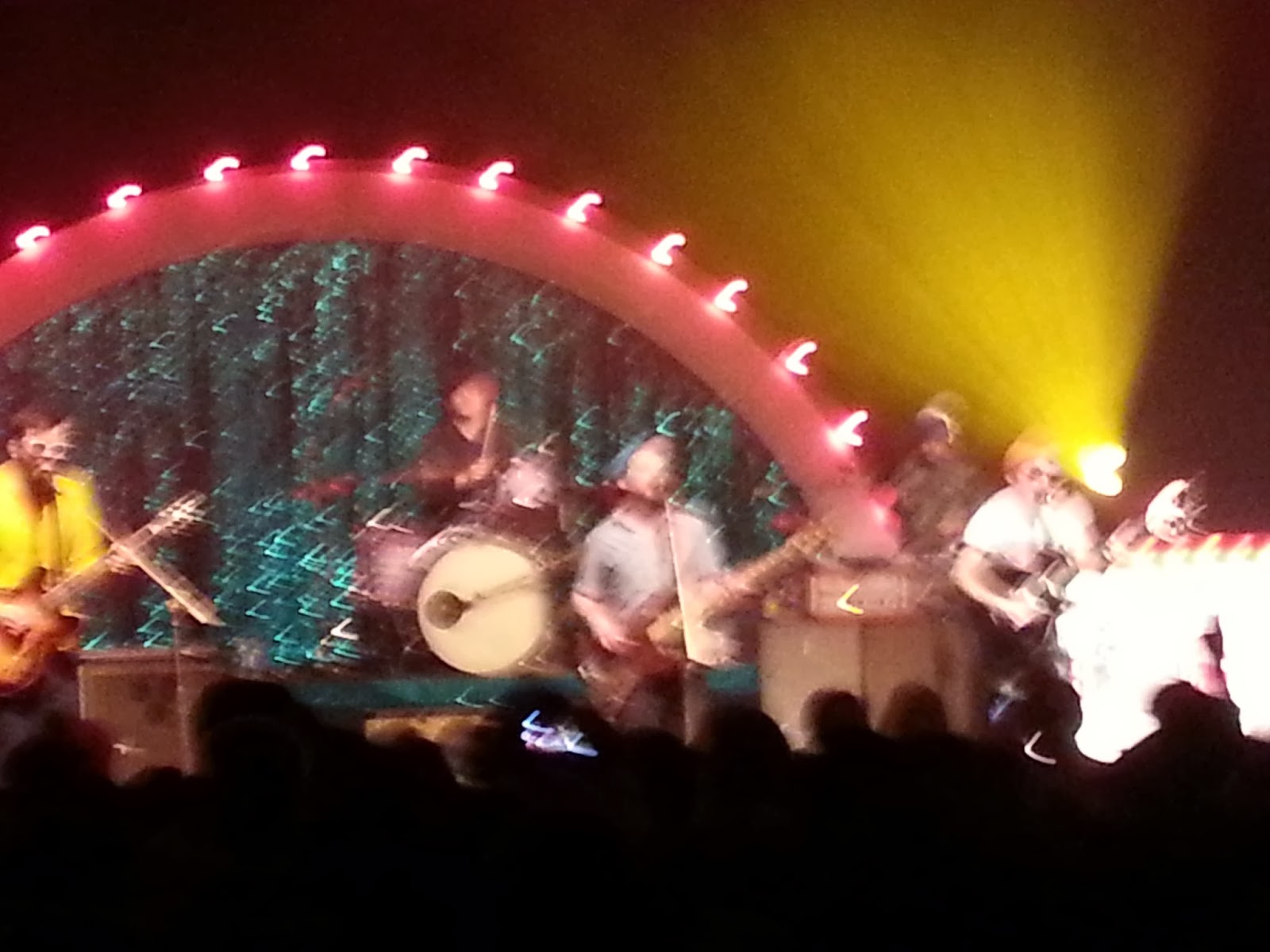