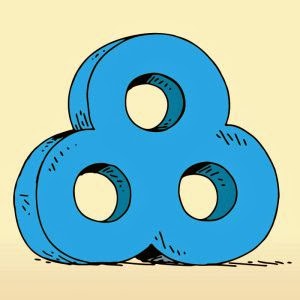 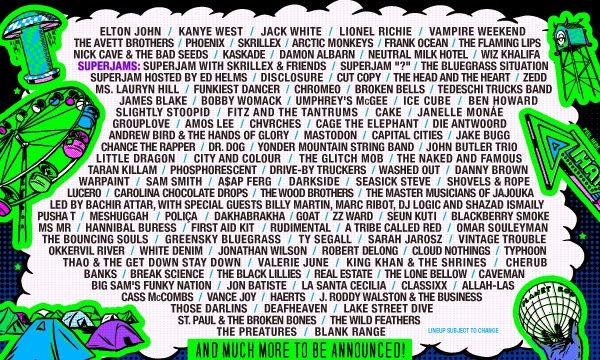 Whoa.  Bonnaroo sure did go beyond the standard for the 2014 summer festival season.  They revealed the lineup in a two and a half hour primetime special.  The first two hours were loaded with lineup announcements over videos of previous acts performing cover songs  These were lower level bands which weren't all that bad (King Khan and the Shrines come to mind).  The show then kicked into high gear at 9pm when they started revealing the heavy hitters.  Here's my take on some of those.

Awesome.  I thought both might play Bonnaroo this year.  Neither were on the farm last year and played every other major festival over last summer.  This will probably be the last festival either plays for a few years because both have toured solid since releasing their albums around the same time in 2013.  Each has toured for a solid year and have with little break.  Seeing them play back to back, on the same stage last year at Lollapalooza put me in a trance.  Nice work by the Bonnaroo staff to grab both to hope and create the same dynamic.

Thank god.  It looks like Jack White will be returning to the summer festival scene after only a one year hiatus after owning the festival circuit in 2012.  This has to mean he will be coming out with an album soon.  This was the third festival booked this upcoming summer.   I missed him at Lollapalooza two years ago and will enjoy getting to see him for the first time, solo or with the White Stripes.  Yes, trust me I know.  Its the biggest regret of my concert going life never being able to see the White Stripes live.  Maybe a Lollapalooza 2014 reunion?  Eff, it'll never effing happen.

I dig the fact the Avett Brothers are getting top bill.  I have never seen them at a festival, but they really tear it up in a concert setting.  Looking forward to experiencing their festival chops for the first time.

This is my band at the moment.  Coming off of their latest release B-Room, I can see them gaining more mainstream exposure and really start to gain a heavier following.

Bonnaroo does it again this year with some old timer acts that have a gazillion hits.  I am looking forward to catching Elton John for the first time ever.  I heard he amazing live and even a person that has no clue about music knows at least 3 Elton John songs.  I dig Lionel Ritchie's Commodores stuff, but unless their out there with him, I might pass.  I'd rather watch whatever other headliner rather than hearing "Helloooo, is it me you're looooking for."


Hopefully I'll make it out to the farm this year.  This has the makings of being one the best lineups in the last 5 years. Thank god Outkast didn't further urinate all over another summer festival. Let's hope for good weather, good times and good tunes.  Get it.

Check out Consequence of Sound's Alex Young's review of the lineup: http://consequenceofsound.net/2014/02/bonnaroo-reveals-2014-lineup-kanye-west-jack-white-elton-john/#comment-35484

Check out Brooklyn Vegan's highlights at www.brooklynvegan.com.
at 11:35 PM